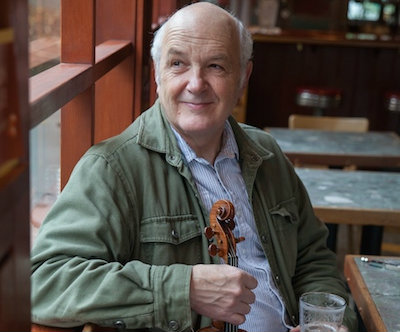 Seattle based musician Randal Bays has released two new albums of traditional music.  “Among the best Irish style fiddlers of his generation", according to Fiddler Magazine, he has been a major figure in traditional music for decades and is as versatile on fingerstyle guitar as he is on fiddle. “He has toured and recorded with many of the great Irish musicians of the day, including James Keane and Daithi Sproule (in the band FINGAL), James Kelly, Martin Hayes, Michéal O'Domhnaill and many more.

He describes The Quiet Pint as a retrospective/introspective collection. “I've been recording for years, and like most recordings of Irish traditional music, mine have been mostly dance tunes. But I usually include at least a few of the slower, more thoughtful pieces on each album. For a long time I've thought of compiling some of them into a single album, and that's what I've done with "the quiet pint". I've also included two new pieces, a Manx Carol in a medley with my slip jig "The Salmon's Leap", plus a live recording of "Molly St. George" by Tomas O'Connellan, featuring Suzanne Taylor on piano.”

It is a soothing and contemplative collection that features some outstanding tracks.  Well known tracks such as Planxty Irwin / The South Wind, The Lark in the Clear Air sit side by side with some lesser known compositions.

The Green Stubble Fields of Autumn (Coinleach Ghlas an Fhomhair) is a standout tune from his "Oyster Light" album released in 2011. It features Randal on guitar and viola and Abby Newton on cello.  He states that “This is Micheál O'Domhnaill's arrangement of a traditional song which he recorded with the group Clannad, and with fiddler Kevin Burke. I have a vivid memory of Micheál singing this song in my living room, just at dawn, for a handful of us who'd been up all night playing tunes. The title is in Irish and translates roughly to "The Green Stubble Field of Autumn". The track is dedicated to the memory of Micheál.

We include My Love in the Morning / Who’ll Be King But Charlie? from his 2009 album "Dig With It".  On it Randal provides both fiddle and guitar.  He states that “One of my most treasured rare tapes is the one of fiddler Patrick Kelly of Cree, Co. Clare, made in his house in 1972 and given to me some years ago by Kevin Crehan. Patrick Kelly played with wonderful grace and style, beautiful tone and subtle shadings of intonation, but unfortunately never made a commercial recording. The music on this tape, which I don't believe has ever been made available to the public, is to me the pinnacle of Irish fiddling. I learned "My Love in the Morning" from it. The second tune goes under many names, but I like this, the title of a Scots song referring again to Charles Stuart. Great hopes were vested in this man, the "Blackbird".

The album is available to purchase at www.cdbaby.com/cd/randalbays7 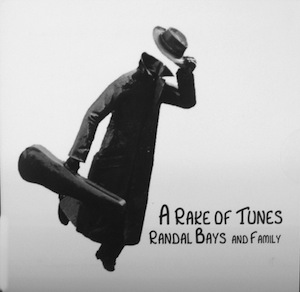 The album mixes solo pieces with various combinations of fiddle and concertina duets. You can listen to tracks and purchase at www.cdbaby.com/cd/randalbays6

In total there are 23 tracks of expressive and honest traditional music and is highly recommended.