This is a first listen to a track from a new album of Irish contemporary and traditional folk music by Liam Merriman and Eoin O Meachair, both from Waterford. The album will be called 'The Birds Never Cease'. Eoin you will be more familiar with from his work with Caladh Nua who we have covered over the years on these pages. Liam has also been a significant presence on the live music circuit over many years. 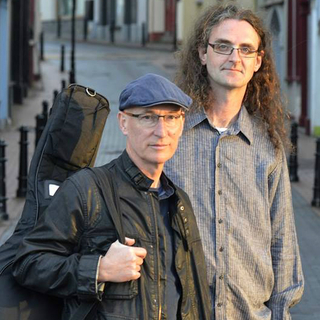 According to their press material “both musicians have a wealth of experience between them as recording and performing artists across the island of Ireland, in Europe, America and beyond.

Eoin's life has always been immersed in Irish culture and tradition. He has played banjo and whistle since childhood and is an accomplished mandolin player and vocalist."

The album will be released on 1st September 2015.