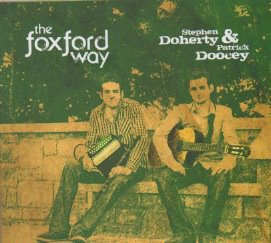 This track by Stephen Doherty and Partick Doocey is taken from their album called The Foxford Way. It was released late last year we think and has somehow passed us by. Stephen Doherty is from Foxford, Co. Mayo in the West of Ireland, and is a busy touring musician. He continues to tour with Gráda, Irish Legends, Slide, Atlantic Steps and various other musicians and productions.

On this album he plays Flute, Whistle, Accordion, Percussion and Keyboards and is accompanied by Patrick Doocey on guitar. It was recorded at Sonas Studios in Kerry and they have just this week added the track to Soundcloud.  We will have to get our hands on a copy of the album based on this sample. Outstanding music.