Talkin' Trad : Interview with Pádraig Rynne on his year and New Album

For most musicians the release of one album every other year would be deemed demanding.  For others the creative spark never dies and projects overlap into a continuous development and exploration of traditional music.  Present day albums have become a series of collaborations as artists come together to develop common ground and explore new sounds. One such artist who does this very successfully through his various group and solo work is Pádraig Rynne.  In 2013 it is quite conceivable that he will have two albums in the year’s Top 10.  The start of the year brought his Triad album in collaboration with Sylvain Barou from Guidewires and legendary bouzouki player Dónal Lunny.  It’s a mesmerizing album of predominantly new material and will remain as one of the year’s highlights. After its release in March this year Pádraig was straight back into the studio to work on his new solo album called NOTIFY which is on release this week.

We caught up with him recently to talk about his busy year which he was surprisingly relaxed about. “I didn’t really find it demanding” he says. “In fact I love creating music so much that I found it to be an especially enjoyable year.  The album with Sylvain and Dónal was done over an 8 month period while my new release NOTIFY was done over 4 months. Both are extremely different albums.” This would imply that he enjoys the studio environment and the creative process that it involves.   Rather than being frustrated by it he finds some inner comfort “It feels very natural and like so many other musicians and writers it’s where I am most creative,” he says.  “I wrote all the melodies for NOTIFY while we were finishing the Triad album. I sketched the bare arrangements as we were mixing Triad.  NOTIFY was recorded on two different continents and we had to work around the schedules of all the musicians in order to make it happen.”

The album features musicians Tyler Duncan - Guitars, Mike Shimmin – Drums, Joe Dart – Bass and Jeremy Kittel – Strings. Tyler, Mike and John featured on another breakthrough album that was released in 2012 called The Olllam.  We ask Pádraig how he came into contact with this team of musicians.

“We met up over the last few years.” he says.  “Tyler was a frequent visitor to Ennis near where I live and Mike had recently started coming over with Tyler. I met Tyler at a session around four or five years ago. Both of us were actually in a band within a year that also included Mike. It was called Footura. We did an Irish tour but for different reasons decided not to continue it. After that Tyler and I became even better friends. I invited him to play with Guidewires for a few tours where Sylvain was unavailable. We also asked Mike to guest on our 2011 Guidewires release “ll”.  When Tyler was over staying at my house in 2011 we spoke at length about a new solo album I was considering. I had some unique ideas but expressed my concerns about being able to complete it on my own. This is where Tyler and I first spoke about him producing it and what musicians we needed to help us. Mike was a no brainer. I had been really taken aback by his musicianship when we had worked together in the past and he is such an easy going guy, I knew that he would fit right in. Tyler suggested a bass player by the name of Joe Dart. At the time I had never heard of Joe so he played me some of his stuff. I was speechless. I had never heard music being played like this on the bass before. We decided to include strings at a later stage while production was ongoing. Tyler suggested his old pal Jeremy Kittel. I was already a huge fan of his and knew his work well so again, this was an easy decision.”

So how impressed was he with The Olllam. On Tradconnect we always felt it was a breakthrough album that did not get the full recognition that it deserved. “Live they are one of the best acoustic bands I have heard across any genre” he says.  “The backline are so tight and groovy and create an amazing backdrop for the perfect melody. With John and Tyler on melody you can’t get better. I have worked with both of them so much over the years and they really are as good as it gets. Although The Olllam are a three piece band (John, Tyler and Mike) they have guests at their live gigs bringing the band up to a six piece.”

Mixing in such creative company must rub off on Pádraig and we ask is this what pushes him into such explorative territory with regard to his music. With Guidewires he confirms that they did try to explore new ground but he felt as they were purely acoustic it limited how far they could take their extreme approaches.  He says that he is constantly striving to push music as far as he can take it.

“It is very easy to become comfortable with your music and think that it’s ok to keep creating the same sound over and over. I did this in my youth but over the last few years I felt the need to explore all possibilities.  I studied Music, Media & Performance Technology in UL which really opened up my ears to all kinds of music and music design. I am a huge fan of electro acoustic music and NOTIFY finally gave me the opportunity to combine this with Irish melodies. Another genre I am a huge fan of is pop music. I listen to everything that comes out in the charts and am always listening for new sounds within it” 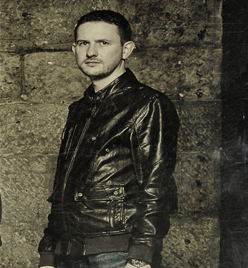 “I find the concertina limits what I want to do sometimes with music, hence the reason I look for a way of planting it within these contemporary settings. All instruments have limitations but it’s what you surround them with musically that makes them unique. If you look back at any of the music in recent years that I have been involved in you will hear that I try not to put the focus on the concertina but more so on the music that surrounds it. I have done this again with NOTIFY. A lot of the sounds you hear on the album are actually sounds from the concertina but just manipulated to change the perception of what you hear.”

“Although the route I have taken is more contemporary I have a huge love and a huge amount of respect for Irish traditional music and the concertina in this setting. If asked who my favorite concertina player is I still say Michael O’ Raghallaigh. I still buy all his recordings and listen to them a hell of a lot.”

We therefore ask is traditional music reaching new creative heights.  “Yes, I think it is” he says. “I think we are getting close to the crest of a wave of change within Irish music. Something similar to what happened in the 70’s when the Bothy Band and Planxty exploded onto the scene.  If you look at groups like The Olllam or Kan you will notice that they only have one member who is Irish and the rest are from other regions and musical backgrounds. It’s this fusion which may have given them their new sounds. I think the new movement of contemporary Irish traditional music is stepping away slightly from being able to be defined as being Irish trad. Yes, they use melodies which are in similar time signatures (most of the time anyway) to Irish music and the scales remain similar but the arrangements are not as consistent with Irish music and Irish bands as it has been in the past.   With the actual traditional music I think there has also been a move forward in recent years. Musicians such as Jesse Smith, Cáitlin Nic Gabhann and Liam O’ Connor have all made amazing albums. Their music comes from the pure tradition with the melody remaining the main focus but what they are doing with the melody is where the amazing creativity really lives. I love to hear this music and its progression as much as I do the contemporary approach.” 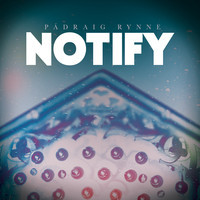 So can we expect the same explorative vibe from his new album? “Most definitely” he says. “There were no barriers, corners or restrictions when creating this album. That was the most important goal. I wrote the melodies in a range of time signatures such as 9/8, 11/8, 6/8, 5/8 and 4/4. I used lots of programming, glitch music, electro acoustic, effects all over the album. It was Tyler’s vision that created the final sounds. Whatever I said to him I wanted, he did it and better than I had expected.  With the actual instrumentation surrounding the concertina there is also plenty of experimentation. For example on “The Lookout Pack” we looked at Justin Timberlake and Michael Jackson’s music and took influence from there. This track is the time signature of a polka but with pulses taken from Eastern influences.”

In addition to the above Pádraig is also involved in a project named Atlantic I/O which will be touring Ireland in June 2014. This is a concept he had of bringing pop/funk and Irish music together. He brought the idea to the Irish Arts Council with a clear musical plan and they liked it and generously helped to fund it making it a reality. This project combines NOTIFY with The Olllam and they also have American pop sensation Michelle Chamuelle on board as lead vocalist. She was runner up on the USA “the Voice” and recently had a duet single with Usher. There will be some members of the band Vulfpeck and then the formidable Jeremy Kittel on violin.  Pádraig will also be in the USA teaching for a week in Acadia, and will be touring the USA with singer, guitarist and great friend Ryan McGiver. They are just starting to record an EP at the moment which will be out in first half of next year.

Finally, he has already started pre-production on a new album/band with three great musicians. Paul McSherry on guitars, his brother John on Pipes and low whistles and Graham Henderson (Moving Hearts, Coolfin etc) on keyboards. The four of them have written and arranged all the material on the album. They launched the new band under the name “Dyne” in Belfast last month with a very successful gig.

Watch out for NOTIFY which is available on www.padraighrynne.com from this week.  Pádraig also starts a short tour commencing in Derry on 8th November and also taking in Belfast, Limerick and Galway.