Talkin' Trad : Skipper's Alley on their formation and influences.(Updated Nov. 2014) 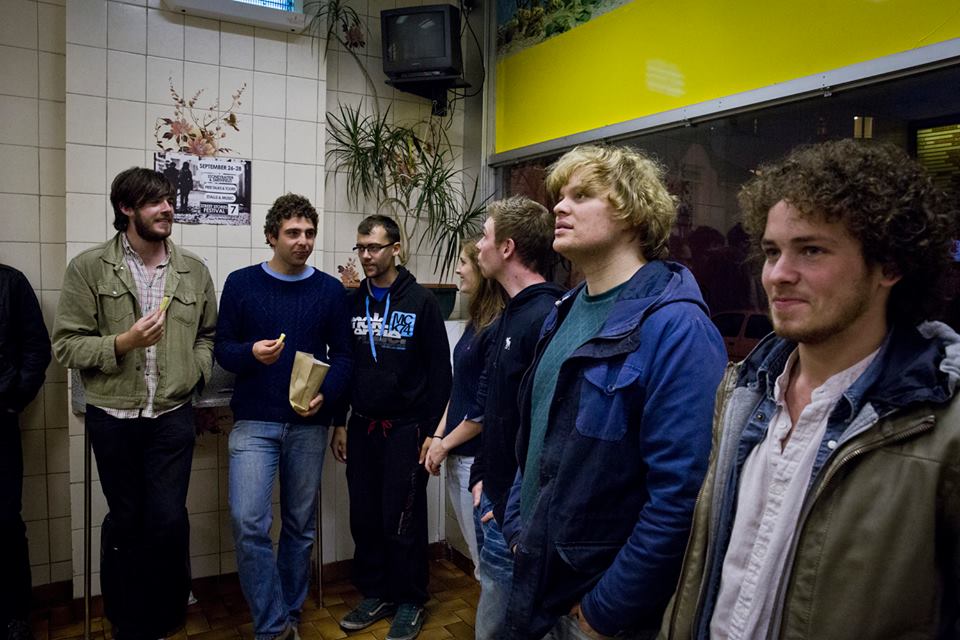 [This is a reposting of an interview we did with Skipper's Alley in October 2013, with updated audio. They are back in the news as a result of their new album, released in November 2014].

As a platform Tradconnect is all about discovering new music and bringing it to the attention of our many members and readers.  New groups and artists at the start of their careers are always interesting and one such group which we have introduced on these pages is Skipper's Alley.  From Dublin and comprising seven members in total they released a debut EP earlier this year and we did a brief review which you can read here.  We got speaking to them to find out what they were about, their influences and plans for the future.  We spoke to Fionnán Mac Gabhann about how the group first met up and inspired them to come together to record.

He explained that “in the winter of 2011, I got together with John Flynn, Eoghan Ó Ceannabháin and four other friends to form the group with the intention of going to Festival Interceltique de Lorient. The initial name for the group was 'The Liffey Banks'. Over time people came and left the band and by summer of 2013 there were only four of the original members left. At the same time the sound of the band was also beginning to head in a different direction and our intentions became much greater.”

This is not unlike the way many bands get together and Fionnán explains that they felt like a new band with a new identity, so they decided it would be best to change the name. This was the beginning of Skipper's Alley.

"Everyone is very active in the band. We all bounce ideas off each other and come up with a sound that reflects all of us."

With a large gathering of musicians all with differing influences finding common ground was challenging.  “We have all grown up immersed in Traditional Irish music, going to regular sessions" Fionnán explains. "Spending summers travelling around the country to festivals, listening to the music in its purest form. Our music is heavily influenced by that environment. From a young age we were all very interested in the tradition and playing sessions and going to festivals wasn't enough. We wanted to know more. We all delved into it and fell in love with the old masters of the tradition such as Willie Clancy, Séamus Ennis, Michael Coleman and Tommy Potts as well as the contemporary masters such as Noel Hill, Harry Bradley, Liam O Connor and John Carty etc. We also fell in love with bands such as Planxty, The Bothy Band, and Dé Dannan. We loved how they managed to bring Irish Traditional music to a new place while remaining rooted in, and respectful to the music that came before. We can see that in other acts today too.”

So what are Skipper’s Alleys’s influences.  “We are very influenced by Caoimhín Ó Raghallaigh, Martin Hayes and Dennis Cahill, Iarla Ó Lionáird, The Gloaming, Slide, Téada and Solas, amongst many more contemporary acts. In fact our music has also been hugely influenced by a lot of non-Irish Trad acts including post rock and indie acts such as Sigur Ros, Amiina, The Frames and Adrian Crowley, electronic producers/bands such as Evenings and Boards of Canada, and contemporary folk acts such as Sam Amidon and Sufjan Stevens etc”. 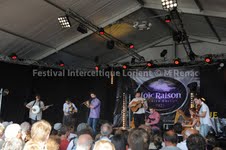 When we reviewed their album recently we described their sound as Contemporary Trad/Folk as we sought to incorporate their traditional music with more contemporary songs like Wild Bill Jones which is an astonishingly good cover of a Sam Amidon song.  So does Fionnán agree with this catch all description?  “Yes", he says.  "We are always trying to develop our sound, taking from all sorts of genres, while remaining respectful to the tradition that made us. We don't know where this will take us musically but Contemporary Trad/ Folk seems very fitting at the moment."

While finding common ground on their material and influences may take some bedding down, does the management of seven members produce many challenges?

“Some say that too many cooks spoil the broth. Not with this group. Everyone is very active in the band. We all bounce ideas off each other and come up with a sound that reflects all of us. It’s great to work with people that are all on a similar wavelength to each other and who challenge each other in a constructive way.  The balance is perfect! "

"It’s great to work with people that are all on a similar wavelength to each other and who challenge each other in a constructive way."

So what does the future hold for these  new  kids on the block?  Will they have the staying power to develop what is a very interesting start to their career with their 4 track self- titled EP?  At the moment they are concentrating on working on material for their debut album, which they are planning on recording in September of next year. For the next few months they will be doing a few local gigs, but nothing too big. Fionnán closes out by stating that "in January hopefully we'll have most of the material for the album so we'll be taking on more gigs. We will be playing the Temple Bar Trad Fest in January as well and we'll be playing at various festivals across Europe during the Summer. Keep an eye on our Facebook page or on www.skippersalley.ie for all of our upcoming gigs."

To hear the full album click the Bandcamp logo below

You can also visit www.skippersalley.ie for more information.