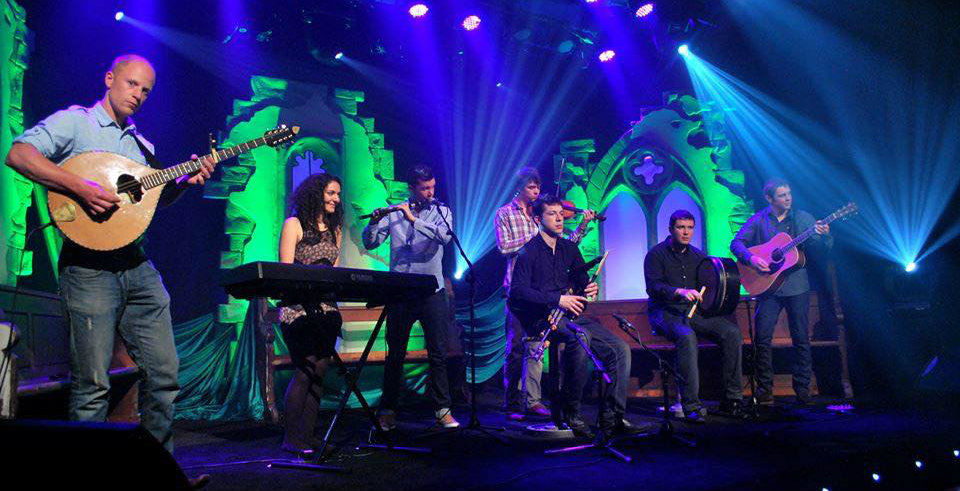 Moyne Road is the new album by The Bonny Men. Fresh from their appearance on Gradam Ceoil TG4 where uilleann piper Maitiú Ó Casaide received his Young Musician of the Year award, the band launch into the promotional cycle for this, their second album.  The album was produced by guitarist Barry Lyons and Trevor Hutchinson, who also provides bass on a couple of tracks.  Barry’s input extends beyond the mixing desk, and in addition to his guitar and vocal work he provides three new songs.  This sets the album up as something quite different.  While there has been a recent trend towards the incorporation of more contemporary songs on traditional albums, this shows a more confident and developed approach by the band as they integrate this new material into their repertoire. Barry also co-writes a fourth track and Maitiú provides a fifth.

“Yes, the new album features five original songs” Barry says when we spoke to him in advance of this release. “We decided to embark on this as a project in 2013, writing and singing our own songs. We are a young band, and we want to sound young, fresh and creative. It would have been easy for us to do covers of older folk songs, but instead we gave the composition of new material a higher priority. It's a learning curve, and one that we are getting better at as time progresses. At live gigs we still sing covers of folk songs, alongside our own material.  For Moyne Road we thought we'd wear our hearts on our sleeves and release originals.”

Songs like Sometimes and The Day is Mine are by no means there to make up numbers, and are delivered with a layer of carefully considered vocal and percussive harmonies, supplemented to great effect by the pipes of Maitiú.

All of this should not detract from the traditional material which makes up more than half of the album.  As always with our online launches we include an exclusive track from the album.  This track is called D/C and includes Sporting Nell/Mick O'Connor's/The Jug of Punch/The Bunch of Green Rushes. 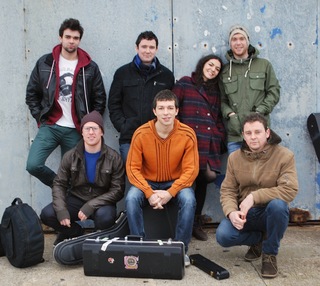 According to the band "this is a set of reels centered around a D major & D modal theme. The set from start to finish never leaves the key of D, and the intro on the guitar has a D to C loop, hence the name of the track , DC. This set of tunes not only showcases the individual talents of the three melodic players but also the skill and savvy of the rhythm section. The Bonny Men are a seven piece band, so the finding and creating of space and clarity in their music is paramount. This set is a classic example of the bands musical intelligence, and quintessentially, The Bonny Men sound."

"The sets of tunes have come on a long way as well” says Barry. “As always they are inventive, energetic and oozing with personality. We have a very strong lineup with seven members in the band, and we use this to our advantage. Sitting behind the melodic trio of pipes, fiddle and flute is bouzouki, bodhrán, keyboards and guitar. We work hard on creating sets of tunes that deliver explosive energy when required and balance this with a subtle approach to create interest across the tracks.  In the end we achieved the personality and character on the recording that we were looking for, and this gives it an exciting balance from start to finish.”

The album is now available to purchase on the band's website www.thebonnymen.ie

Arrangements by : The Bonny Men