'Strength, beauty and variety in their music' - Before the Sun by The Friel Sisters The Friel Sisters, Anna, Sheila and Clare Friel are young traditional musicians born and brought up in Glasgow with their family roots firmly entrenched in the Donegal Gaeltacht. They play a mixture of music interspersed with songs in English and Irish, many from their family repertoire. Being siblings, they achieve a close blend on fiddle, flute and uilleann pipes. We reviewed their debut release in 2014 and it received high praise from the many broadcasters that we have partnered with here on Tradconnect.

Since the launch of their debut, they have performed in various venues and festivals across Europe, America and Asia and have appeared as guests on stage or toured with acts such as Altan, The Chieftains, Lúnasa, Sharon Shannon, The Máirtín O’Connor Trio, Cherish the Ladies, Solas and Fidil. In 2016, the girls performed at Festival Interceltique de Lorient, and won the prestigious Trophée Loïc Raison.

2017 was once again a very exciting time for the girls as they recorded and prepared for the release of their new album ‘Before the Sun’ with Hajime Takahashi and Cathal Ó Curráin, produced by Ciarán Ó Maonaigh and recorded by Jack Talty. The album was launched at Celtic Connections in Glasgow in January 2018, following the announcement that Clare would be the recipient of TG4’s Gradam Ceoil Ceoiltóir Óg/Young Musician of the Year 2018 award.

The legendary Tommy Peoples said: "There is great joy in the strength, beauty and variety of their approach to traditional Irish music. That a much younger generation appreciates the traits, strengths and beauty in their local tradition is an ultimate testament to the store of riches that is Irish traditional music."

Today we are making the album available in our Download Centre where broadcasters can download it for free for their radio shows across the globe. We also feature a track from the album that includes The Ranafast Jig, Statia Donnelly and My Former Wife.

Regarding the track they say : “We learned this first tune from the playing of Ciaran Ó Maonaigh and Mairéad Ní Mhaonaigh and were drawn to the name as well as the melody, as Ranafast is the next townland to Doire na Mainsear, our family home in Donegal. The second tune, Statia Donnelly, is a great piping tune that Sheila learned from Mick O'Brien (May Morning Dew, 1996). My Former Wife is a tune that was collected by Francis O'Neill from James Early and put into his Music of Ireland (1850) book, without the third part that Early was known to play. Early recorded a great version of this and his playing is transcribed in the book "Ceol an Piobaire", issued by Na Píobairí Uilleann in 1981. Another version is in the "Piping of Patsy Touhey," taken from the playing of that great piper.” 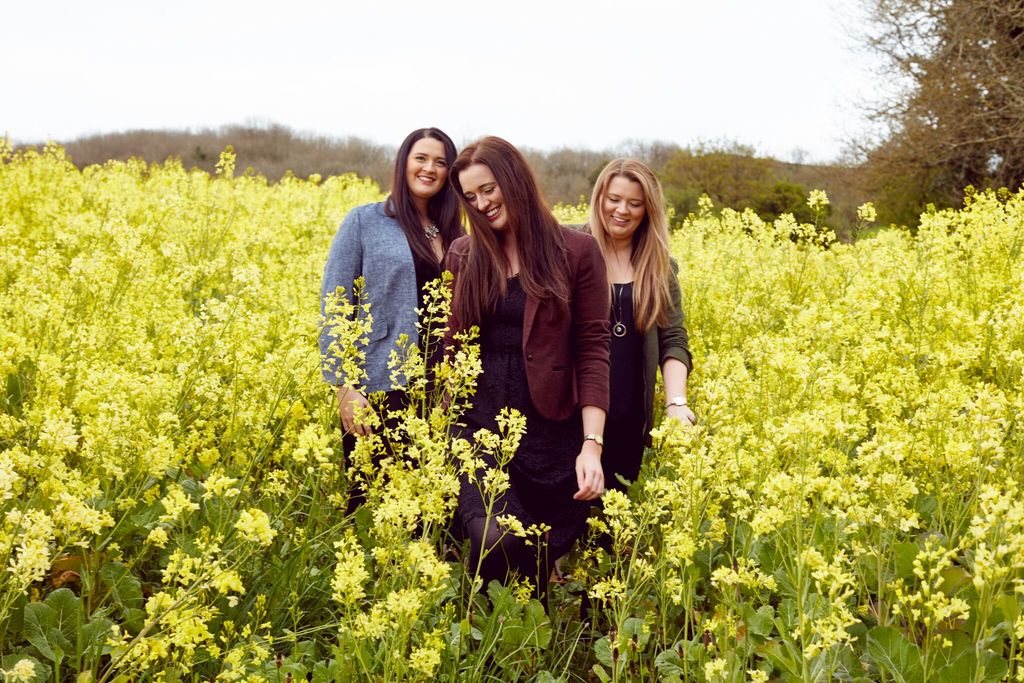 On the recording process Clare said: “Making the second album for us was a lot of fun. We went to Grouse Lodge in Westmeath, which is residential, so we had Jack Talty and Ciaran Ó Maonaigh with us. There were amazing amenities at the studios, swimming pool, sauna and loads of animals which was fantastic. Ciarán produced the album for us and was very organised and ready for work. He's known us since we were young so he really knows how each of us play. The boys are both very talented musicians and very skilled and patient to work with - it was a total delight for us.

This time we were in a studio, whereas last time we recorded in our home in Donegal. It was definitely different for us. We really enjoyed it, and with very little phone signal and being in a very remote location, it was lovely to focus purely on the music for the days that we were there. It's great because everyone that was involved with the album, from sound engineer and production to photography and camera work, was fantastic. It was a really great experience for us.

For 2018, The Friels have a lot of gigs and album launch events so check out their Facebook or website www.frielmusic.com

The album is now on release and is available from their website, CDBaby.com and the usual record stores.

The album is also available as a free download for Irish Radio Broadcasters who are part of our Download Centre here on Tradconnect, so contact us for details.