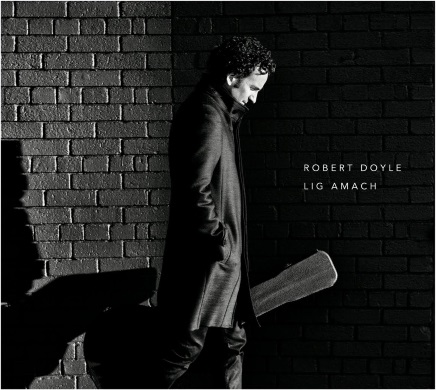 Dublin fingerstyle guitarist and singer Robert Doyle has released a second video from his new album Lig Amach which will be launched on April 28th in Dublin’s Cobblestone.  Admission to the concert will be free and as Robert explains is “a special thank you to my fans and supporters for their enthusiasm and support along the way”.

Lig Amach (Let Out) is the follow up to his well received 2011 debut album Life in Shadows.  Mostly recorded in Dublin over the last year the album showcases his distinctive approach to writing and arranging for the guitar.  A collection of instrumentals, interpretations and self penned originals, Lig Amach vividly displays Robert’s dynamic playing and singing  - stretching from the roots of American folk singing and blues, Irish traditional through to classical and flamenco guitar techniques.

Lig Amach will be available from all digital outlets from April 22nd, from Claddagh Records androbertdoyle.net and you can also read our launch article