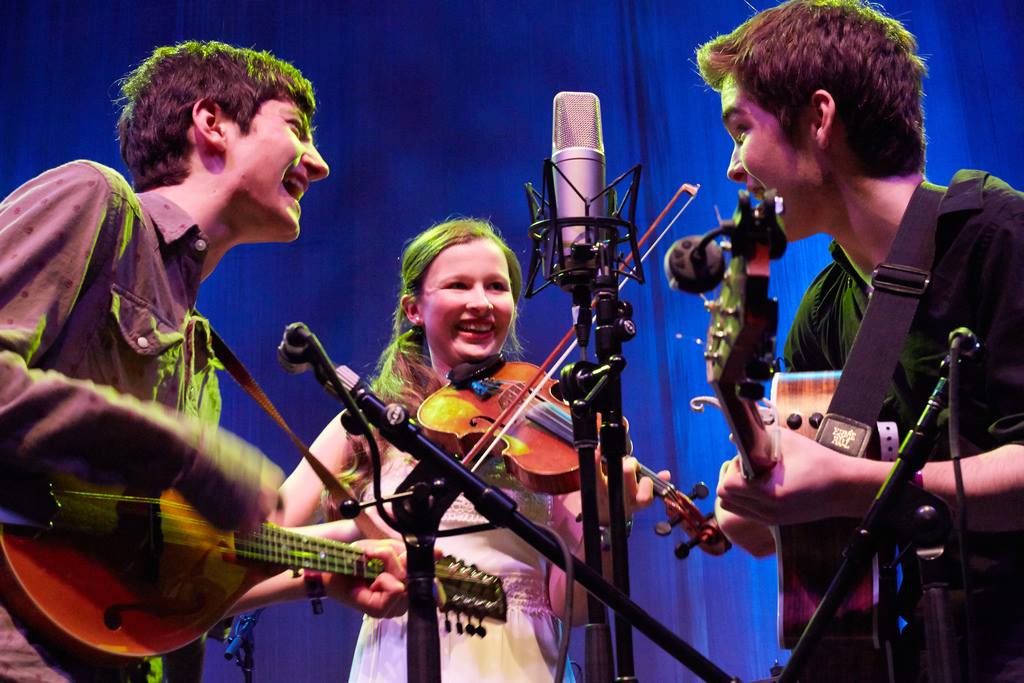 The Onlies are a trio of musicians from Seattle and they have just released their second album called ‘Long Before Light’.  It features 15 original and traditional songs and is a follow up to their critically acclaimed debut called ‘Setting Out to Sea’ released in 2013.  Even though quite young at 16 years of age, they have been playing together since they were first introduced to music somewhere under the age of 5.

“We sing original songs, play several different kinds of traditional fiddle music, write our own tunes, put new spins on tunes that need spinning, and keep it trad when the tune is fine on its own.” they say in their bio.

We spoke to them about this new release which they describe as “more cohesive than our previous recording.”

“All three of us have so many different musical passions and it is sometimes hard to make a raging old-time tune feel like it fits in with a mellow original song.” says fiddler Sami Braman.  “However, we were intentional about incorporating the different styles and  making sure each cut had a purpose on the record. We wanted it to flow as a unit, not just as a set of individual tracks. I think the sound is warm, peaceful, energetic, and hopeful.”

They have achieved a very mellow sound on the recording with great melodies, both vocally and musically. Their inclination to “perform live with as much possible energy and excitement as they can muster” simply because they love music and love sharing it with people is evident on the record. “It was difficult to harness that performance energy and channel it in a way that allowed it to perfect the more subtle elements of the music”, Sami says.  “We worked on more actively listening to one another and less on performing the pieces for an audience that we have to please. I think we gained a better understanding of each other’s playing and were able to work off of each other.”

For the recording they were able to stay in a friend’s isolated cabin in a small town called Index, Washington right on the Skykomish River.

“We had our amazing producer, Tristan Clarridge of Crooked Still, there to arrange, rehearse, and perfect the tracks for the record. We were away from any phone or internet service, so we just played music almost all week with a few stops for hiking, swimming, or eating excessive, delightful food. It was like summer camp.  We then headed into the studio, also in the same town, for the next week and recorded all 15 tracks (a lot of them way too late into the night!). We had Tristan play cello on a few tracks and had our friend RuthMabel Boytz play bass on a few tracks too. It was a learning process.”