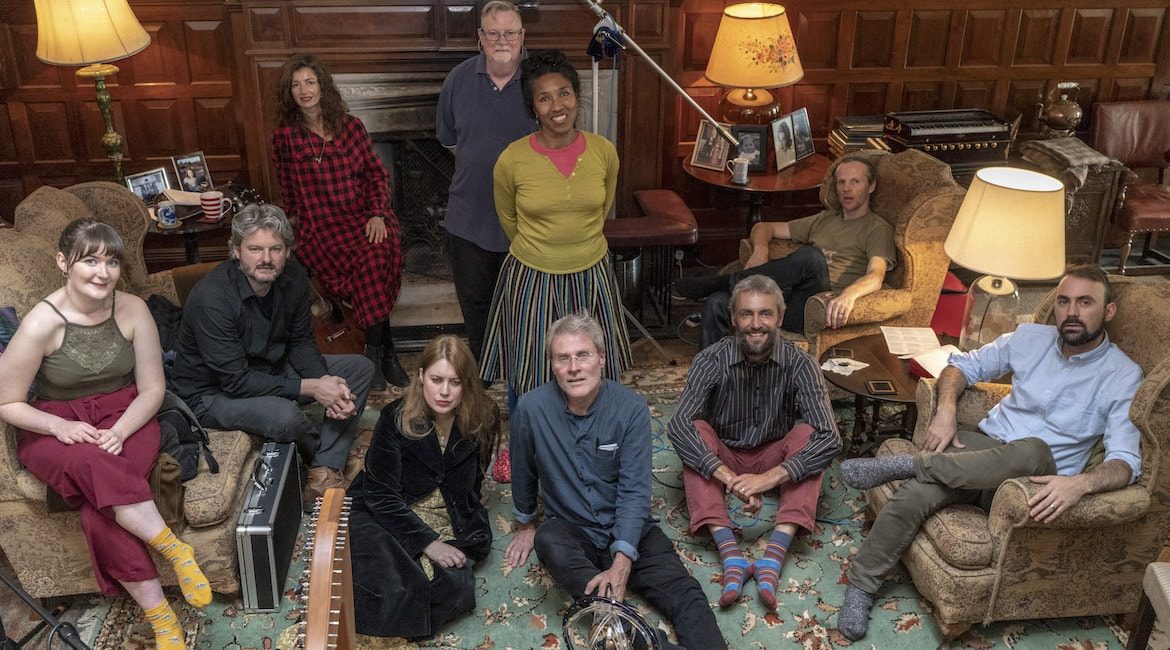 Oran Bagraidh is the collaborative album from the Knockengorroch Off-Site residency that took place in Galloway, Scotland in September 2018.

A multi-lingual music residency and recording based on an ancient song set in Galloway, the musical works incorporate Scottish Gaelic, Irish Gaelic, Welsh, Scots and English. Following the success of the single ‘Oran Bagraidh’, released in November 2018, this much-anticipated full album will be officially released at the Celtic Connections festival in Glasgow on Saturday 2nd February 2019. The collaboration will then tour across the UK and Ireland throughout 2019.

The single and resulting album has been described as British Folk singer and Traditional music authority Sam Lee as: “A unique exploration with an even more unusual line up that sounds so different from any other group collaboration projects I’ve heard in a while... special stuff indeed!”

During their time together at the residency at Barscobe House in Galloway, the artists produced an original arrangement of the song Oran Bagraidh – translating to ‘Song of Defiance’.  Oran Bagraidh is allegedly the only surviving example of the extinct dialect of Galloway Gaelic, spoken across South West Scotland from the 5th to 18th century, alongside English, early Welsh and Scots. The song mentions several place names in the Glenkens parish of present-day Dumfries and Galloway.

The artists then took the song as a springboard for further work which explores commonalities and differences between musical styles and languages, within the context of the historical diversity of Galloway.  They worked on original compositions and arrangements inspired by Oran Bagraidh, the landscape and each other.  Taking the theme of multiple identities they explored commonalities and differences between languages, regional histories and musical sensibilities, dipping into traditional, experimental and electronic.

The original song Oran Bagraidh was collected in North Uist by Donald Fergusson and his Gaelic editor, Angus Macdonald and printed in 1978 in the book From the Farthest Hebrides to the melody When the Kye Come Hame.

Taking informed guesses as to pronunciation, the song is sung in its original format in a Lingua Gadelica*, combining Scottish and Irish Gaelic elements which, from the evidence of local place names, was the case with Gaelic in Galloway. The song is also rendered in part in Welsh phonetics, reflecting mention of Welsh place names in the song and the fact that early Welsh was spoken in South West Scotland until as late as the 12th century.

Some parts of the song are unintelligible to modern Gaelic speakers and academics and translations of the song vary.  It is generally agreed to be a revenge song for an unpaid ransom following the murder of a significant person.

The full album is produced by Ben Seal.

The Oran Bagraidh residency is produced by Katch Holmes for Knockengorroch as part of the organisations Off-Site programme.

A short film has been made about the residency.  It will be launched with the album on Saturday 2 February. A short 2-minute film about the project is available here: https://www.youtube.com/watch?v=vPKzoUFP6Lo

The project is funded by Creative Scotland, Arts Council Ireland and PRS Foundation and supported by Barscobe Heritage Trust.

*a phrase coined by Scottish Gaelic/ Irish poet Rody Gorman during the residency.