It was Scandinavian music, from Sweden and Norway, places where the fiddle is taken very seriously indeed, perhaps because the music it produces is so beautiful.

Sweden is ideally suited to the fiddle. It has everything you need: wood from the great forests, horses which graze on the wide central plains, and I suppose plenty of cats. I've never noticed the cats in Sweden particularly, but I'm sure they are as plentiful there as most places. Sweden also has another great advantage: being a society of farmers and woodsmen, Swedes traditionally live a long way from each other, in remote places with few neighbours, which makes learning the fiddle much less offensive during those first couple of decades when the sound is simply unbearable. Partly for these reasons, Sweden produces a lot of fiddlers, and few of them are strangled at a young age. 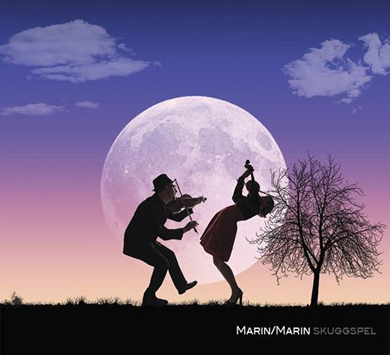 Mikael and Mia Marin play fiddle, viola and other large fiddles, and are joined on their Skuggspel CD by Leo Svensson Sonder on cello. There's a deep earthy feel to their music, growling and rhythmic tunes, like the whirling mill tunes from central France or the troll music of Orkney and Shetland. Skuggspel means Shadow Play, and there is a dark edge to much of this couple's music, but it's more like Peter Pan's shadow: solid enough that you could roll it up and hit someone with it. The mix of traditional and original melodies includes stately dances and funky modern jives, complex arrangements and simple duets. Despite the limited instrumentation, Skuggspel stays varied and fresh for almost an hour. You can find out more from www.miamarin.com 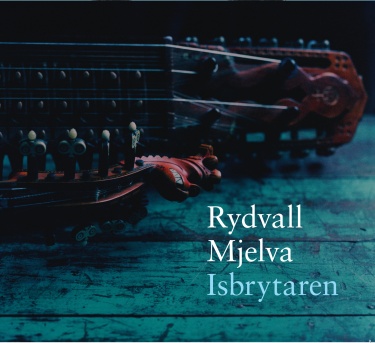 Erik Rydvall is also Swedish. He plays the nyckelharpa, a keyed fiddle. Google it. He's joined by Norwegian fiddler Olav L Mjelva for a duo album Isbrytaren, which translates as The Icebreaker. Mjelva plays the Hardanger fiddle, which has extra strings that are not bowed but resonate in sympathy with the melody, not entirely unlike the Indian sitar. or the Renaissance theorbo. This combination of the sweet high Nyckelharpa notes and the deep moving Hardanger resonances produces an ethereal music sometimes angelic, sometimes almost demonic. About half the fifteen tracks on this recording are old traditional tunes, from Sweden and Norway. The other half are relatively recent compositions, with three by Rydvall and Mjelva: the baroque-style polska Di Man, the majestic march Viksdalsbrura, and the swirling dance Ditte i Finnskog. Other polkas, waltzes, and Norwegian springars complete fifty minutes of delightfully bright and uplifting music. There are a few websites with more information on this CD, including the Norwegian record label Grappa and the UK distributors Proper Music. 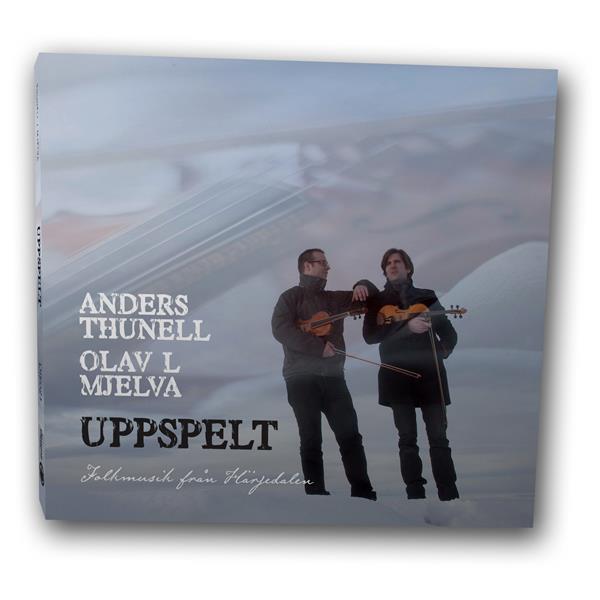 Olav Mjelva is also one half od the duo responsible for Uppspelt, an album he made with 5-string fiddler Anders Thunell from the mountainous Swedish province of Härjedalen, a very sparsely populated area which was formerly part of Norway. Olav accompanies Anders on fiddle and viola through two dozen tunes from the Härjedalen tradition, almost all of them polskas, each very different from the last. I imagine many of these tunes were played for specific dances, perhaps only danced in one village, in the manner of other Nordic and British traditions. Each two-minute track is a snapshot of anther era, with graceful or gleeful dancers stepping to the music of their local fiddler. As with most Swedish recordings, the fiddle technique is flawless: clear and beautiful notes, ringing harmonies, and perfect rhythm. The polkas are varied enough in themselves, but Thunell adds a couple of enchanting waltzes, a bridal march and a reinlander. This music reminds me strongly of old Northumbrian tunes, each one to a slightly different rhythm, with surprising modes and harmonies. The Swedish label www.dimmaswe.com has a page on Uppspelt, but that's about all I can tell you: It's well worth listening to the album yourself.

There's a lot more Nordic fiddle music out there, but it isn't always easy to find, so I hope this wee blog gives you some pointers. Next time I plan to write about fiddle music from Denmark, North America and Russia, as well as some from closer to home.