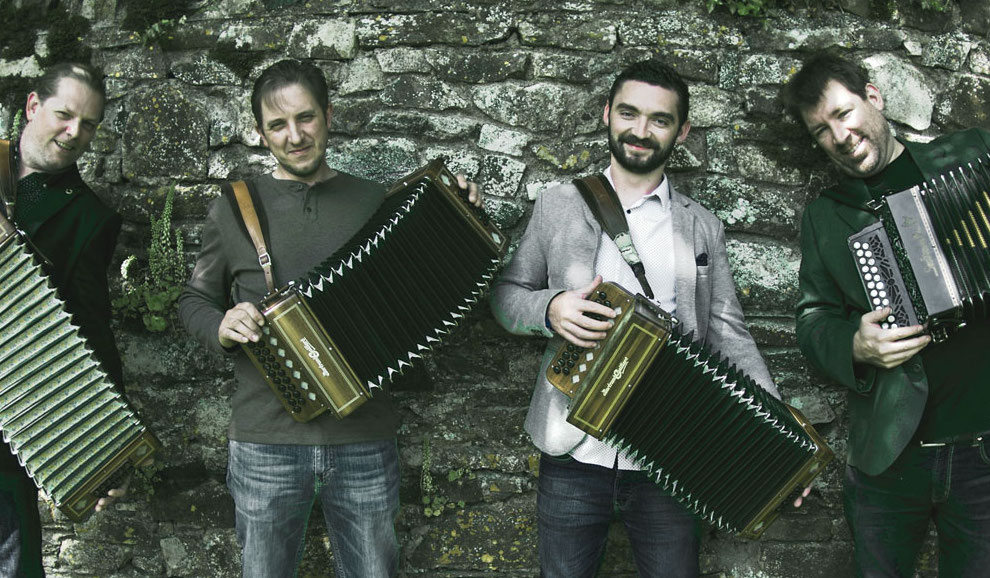 Through a unique musical lens, new group Cordeen plan to explore the legacy of the Irish in Newfoundland as they trace the story of traditional music, from songs of home to fresh new fusions. This new quartet includes Waterford’s Benny McCarthy, "founding member of iconic traditional music group Danú.

Hailing from the rich musical heartland of Sliabh Luachra, Conor Moriority is an All-Ireland Accordion champion who learned to play at the knees of great players like John Brosnan and Jimmy Doyle. We have covered Conor's work with The Tri-Tones who rebranded as Rianta and include Tara Breen on fiddle, Stephen Rooney on guitar/vocals and brother Eamon Rooney on percussion. The Tri-Tones won our Album of the Year award in 2014 and was an outstanding release. You can read about it and hear a track here.

The other Cordeen members are Graham Wells, previously of the renowned band The Irish Descendants, is a true blue Newfoundlander from St John’s whose grandfather passed down the art of the box by taking him to play at parties and dances across the island. Also from Newfoundland is Billy Sutton of popular trad/rock group The Fables.

Find out more at www.cordeen.com