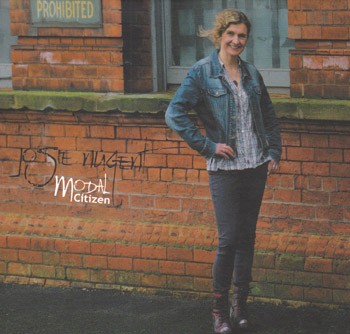 Our Track of the Week this week comes from Modal Citizen, the new release by Clare native Josie Nugent. Her goal for this recording was to create a series of compositions integrated with the music that she grew up with and influenced her over time.

Her compositions were created in the four modes most commonly used in Irish traditional music namely the Ionian, Mixolydian, Dorian and Aeolian modes. She also returned to using the keyboard for this project and the inimitable Rhodes MK1 stage piano became one of her evocative tools of exploration and expression.

This track, also called Modal Citizen has received close to 200 plays over the last 7 days on our Soundcloud file.

The album is now on release and can be purchased from Josie’s websitewww.josiebrianmusic.info/