Track of the Week : Oisín Mac Diarmada - The Avonmore/All Hands Around - 29th January 2017 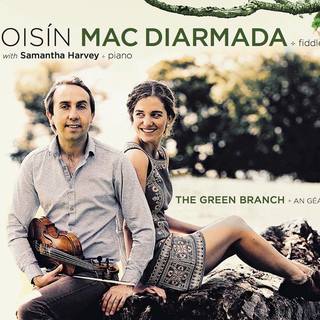 This is back to the top of our most played list more than a year after its release. The track is taken from The Green Branch, the 2015 album release by Sligo fiddler Oisín Mac Diarmada. On it he explores a wide repertoire of fiddle material accompanied by the piano of Samantha Harvey. He describes it as “the hallmark sound of so many classic recordings of Sligo fiddlers” and across 14 tracks he demonstrates just why he is regarded as one of this island’s finest musicians.

Samantha Harvey originally from Ventura, California now living in Sligo, is also an award-winning step dancer. Samantha's energetic dance and musical performances on stage has seen her become an increasingly prominent touring performer and teacher. She grew up learning Irish dancing from Galway-woman Máire O'Connell, which spurred her interest in learning Irish traditional music on piano accordion and piano.”