This year we once again celebrate the increased level of detail that is going into the design of album covers.  From over 100 covers we have narrowed it down to what we consider the best 10 and have used an independent panel of members, unconnected with the artists, to give us their opinion. This award refers only to the cover and not to the overall liner notes or album package.  It is a celebration of photographers and designers.

Photography by Damien Stenson with overall design by Sean McElwain. The cover was shot at Lough Graney in East Clare.  Various shots were tried with 'multiple ghost images' according to Michael before this image was arrived at. Aodán asked Mitchel Nevin to incorporate certain images and ideas from all the songs onto the cover and inlay. So he drew ships in a storm at sea to link with the Isle of France song and canons firing and men matching back from war for All for Parting & The Wounded Hussar etc.  Aodán says 'I'm not sure if anyone has actually linked the two'.  Then it was Kevin Murphy Photography who sorted the photos and layout. I asked them both if blending photos and drawings together was possible and that's how the face image on the cover, along with the small artwork on the wall on the inside came about." 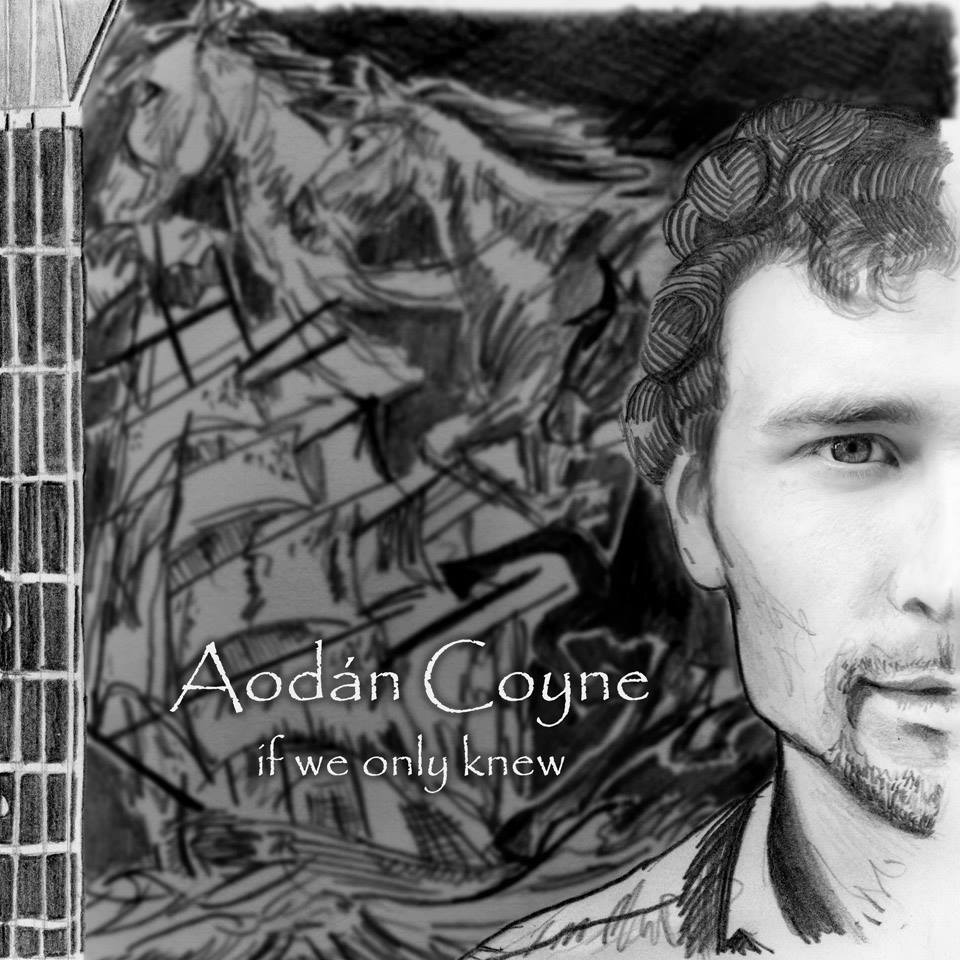 Photography by Colin Gillen and design by Kevin Noone.  They sought inspiration in the almost Shaman like power that Moxie had over their audience, leaving them spell bound according to Colin Gillen. "As a band Moxie collectively, musically, and in a shamanistic manner, act as a medium between the visible world and an invisible spirit world. Through their Music it's as if they practice magic or sorcery for the purposes of healing, divination, and control over natural events and the people.... if you use a little imagination".  This explains what has to be one of the most striking of traditional album covers in a very long time. A Real World Design by Marc Bessant Cover photo ‘PASSAGE’ © Robert and Shana ParkeHarrison (www.parkeharrison.com) Other photography by Hugh McCabe. The lack of any text on the cover is noticeable and makes it a very recognisable image. This is a classic pose with the use of blue around a white piano giving the cover a very strong and focused presentation of one of the oldest Céili bands around.  Photography was by www.dragantomas.com and artwork design was by www.ogmediagroup.com 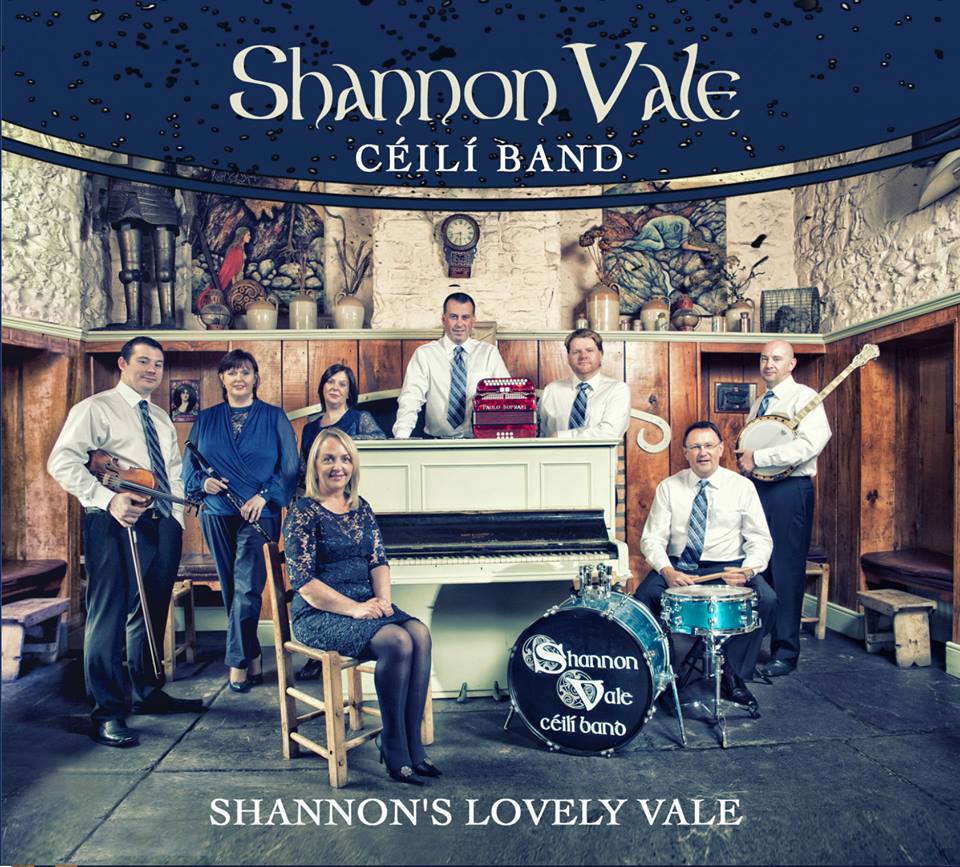 No. 5 - David Power - the eighteen Moloney

With a great story behind the chanter used on the recording David Power produced a very powerful album of piping music.  For the cover a great black and white portrait with photography by Con Kelleher. 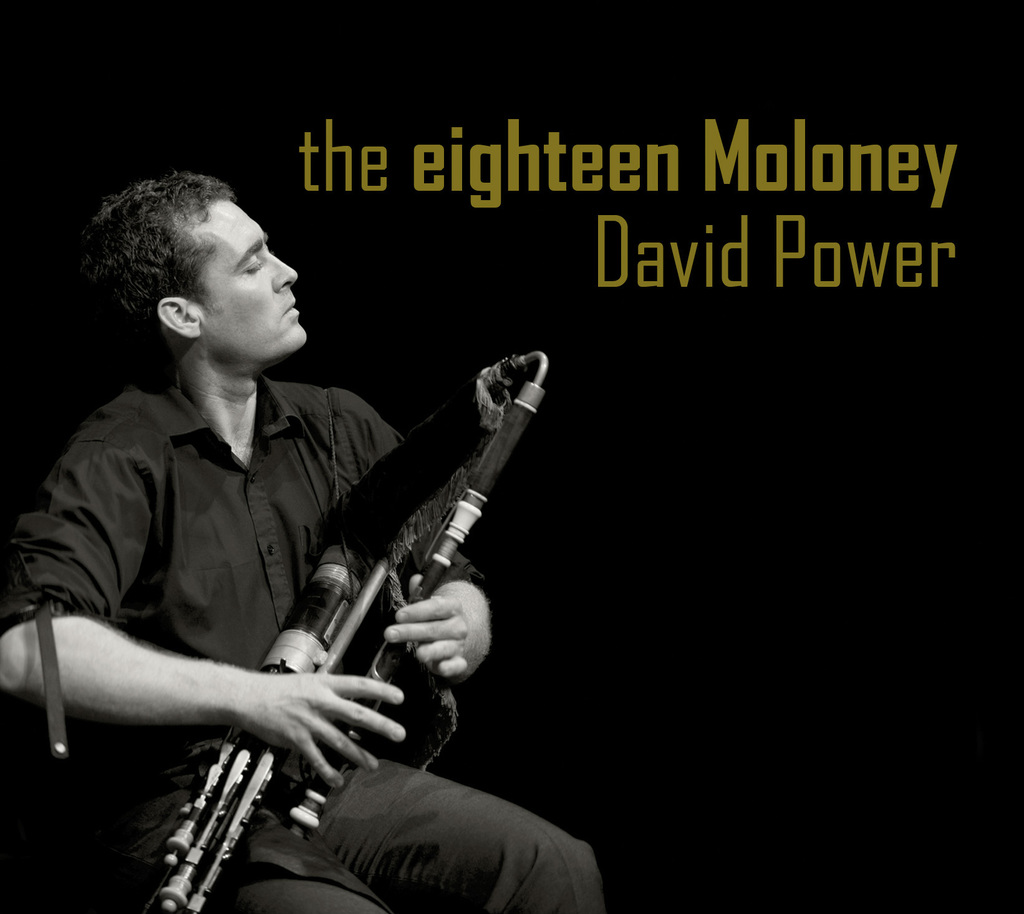 No. 4 - Nathan Gourley and Laura Feddersen - Life is all Checkered

Another design that looks back to the old days in a very traditional setting.  Anna Colliton provided the photography and graphic design. 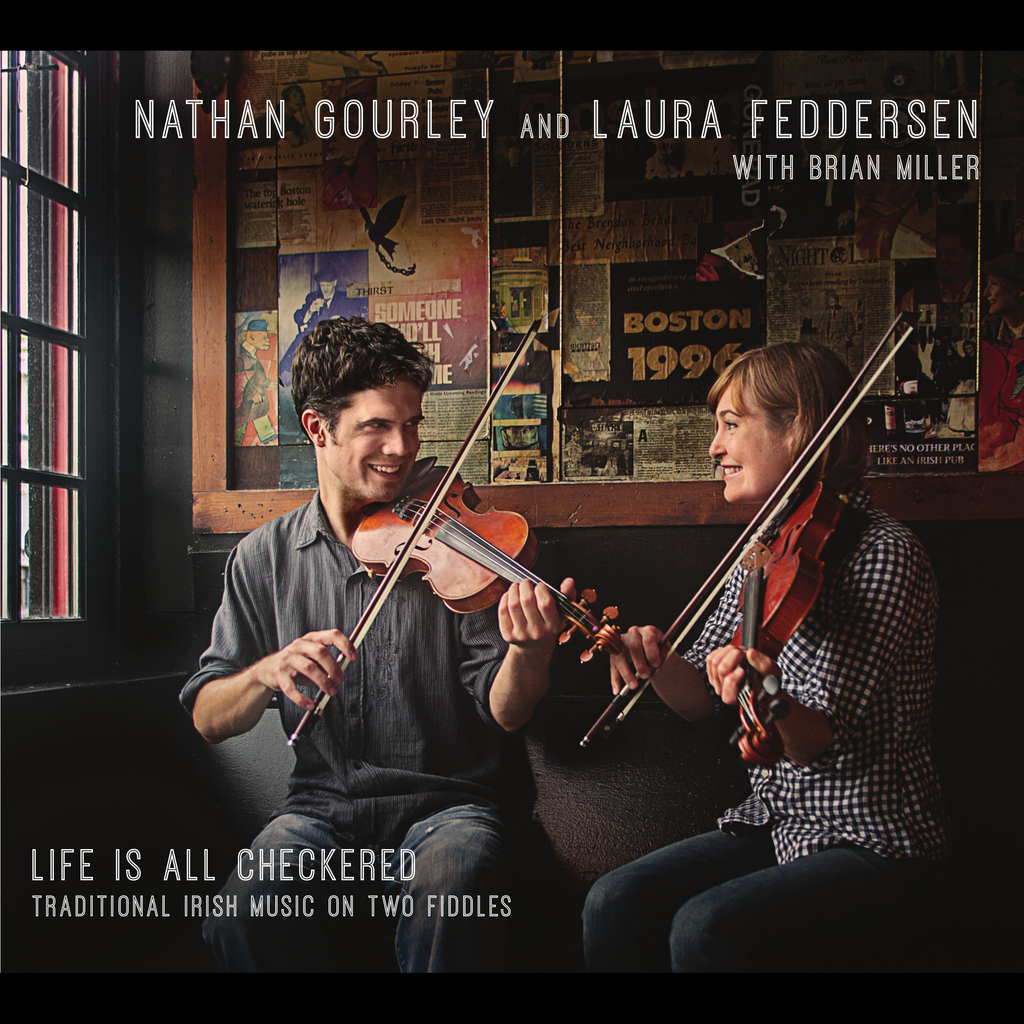 Another eye catching cover, which was the intent of photographer Con Kelleher and designer Brian Hanlon of ogmediagroup.com 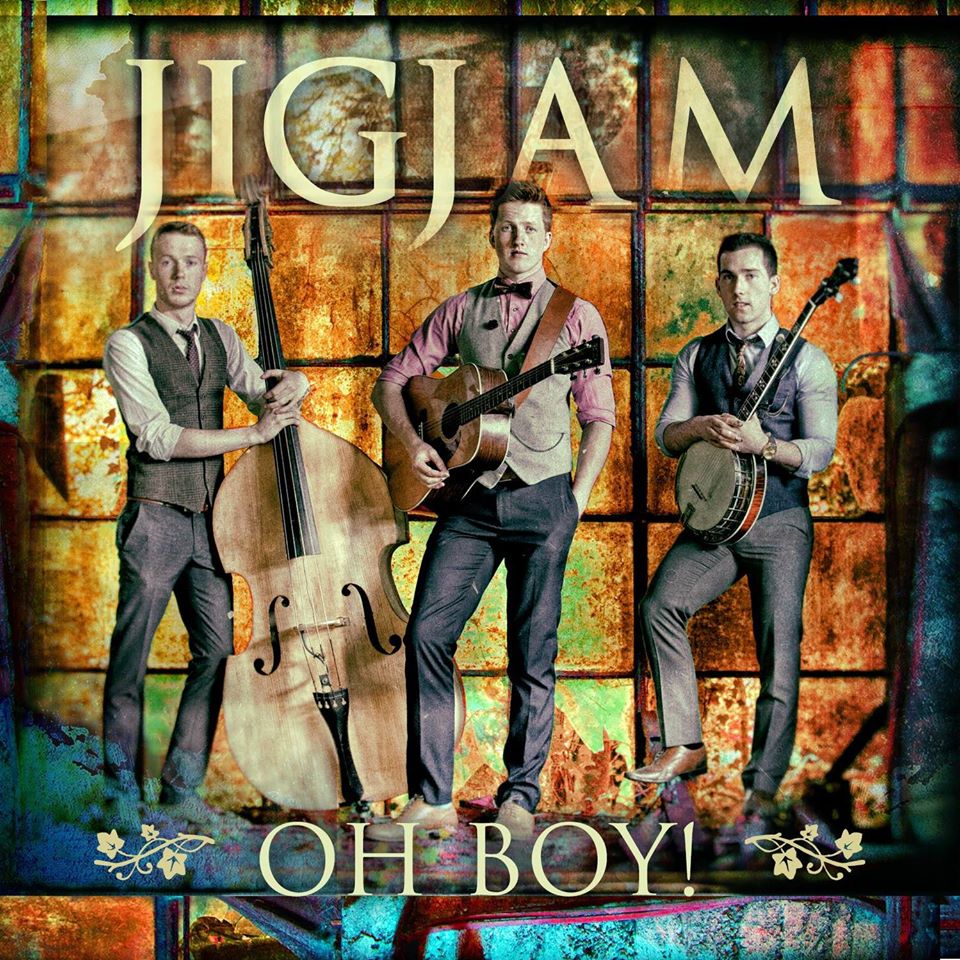 New London group Crossharbour had a keen eye for detail and according to member Sam Proctor a lot of effort went into this design.  "We were all photographed separately and then a composite image made as we couldn't set up lights there. While it was done in the middle of the night, we still spent hours waiting for the bridge to be relatively clear of people." The logo above the bands name was also a clever use of the London Underground logo with a Celtic twist. Photography was by Maciek Krula ( www.krula.co.uk ) Logo by Justin Grasty at Made Upstairs.  Design and layout by Mark Baker at Barbel Graphics And so to No.1 with We Banjo 3 taking the top spot.  Enda Scahill confirms that "the idea was to gather together good stuff, memories, ideas as an antidote to hard times. Hence the balloons and nostalgic items. The photos on the wall behind us are pictures of people that funded the album, immortalised for all time! Photography by Ronnie Norton Dublin, www.norton.ie and post production by David Norton.  CD cover design by Alice Bramucci. 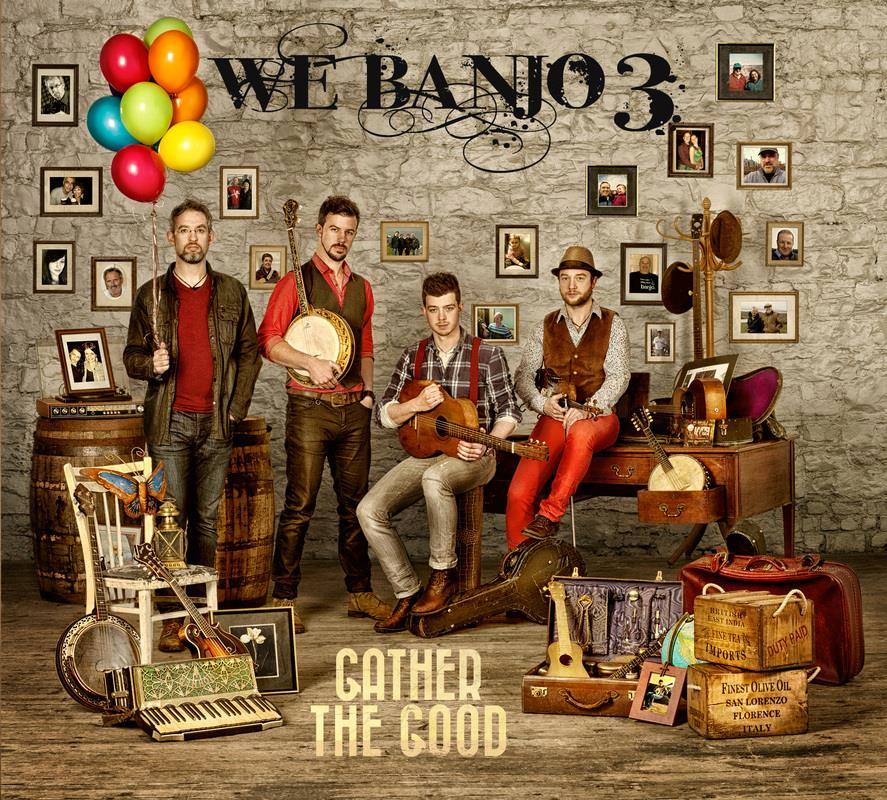