We have just got a copy of this book recently and we are going to follow up with a review after we have had a chance to enjoy it's content. Stephen Power has been given access to the great and the good of the traditional world. Photo's of traditional musicians is becoming more mainstream and this is a very worthy and impressive addition to this fine art. 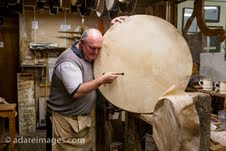 In the words of Stephen "The striking photographs also capture the work of some current traditional musical instrument makers, including accordion maker Paddy Clancy, bodhrán maker Malachy Kearns and uilleann pipes maker Michael Vignoles. In addition to the visually compelling photographic studies of the instruments, musicians and instrument makers, the book includes biographical and anecdotal notes on the musicians featured and background information on Irish music and the instruments themselves.

About the Author
Stephen Power is an award-winning professional photographer with more than 28 years’ experience in editorial and commercial photography.

His interest in photographing musicians began in 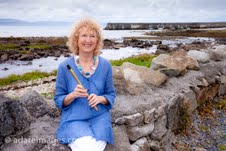 the early 1980s when, as an official photographer at The Royal Court Theatre in Liverpool, his subjects included Carl Perkins (the composer of Blue Suede Shoes), Ozzy Osbourne and an array of British rock and heavy-metal bands.

He won the 2007 Guru Award for photography from the American association NAPP and has photographed for corporate organisations, government bodies, newspapers, magazines, book publishers and advertising agencies. He is based in County Limerick, Ireland. For more information, see www.adareimages.com.

Watch this space for a full review.