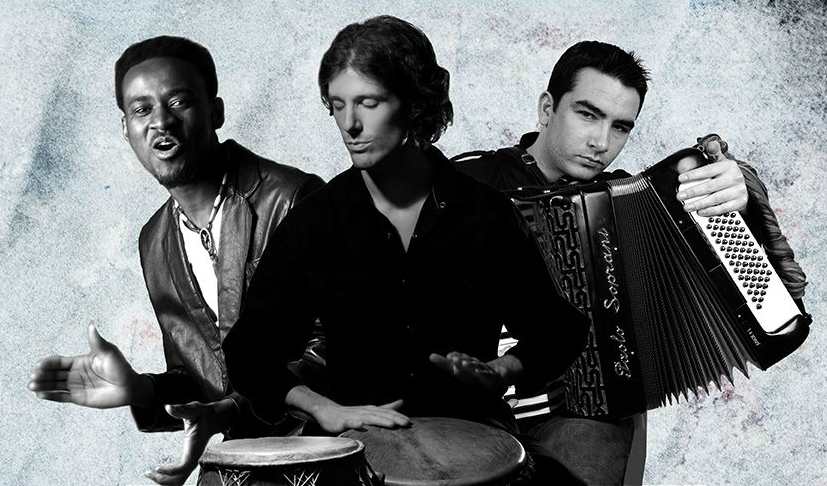 TREELAN comprise the multi-genre talents of hand-drum percussionist Éamonn Cagney, the guitarist Niwel Tsumbu & accordionist Martin Tourish. Donegal native ÉAMONN CAGNEY has travelled the hand-drumming world, from Africa to East Asia, studying under many of the masters of his art, resulting in a tapestry of colourful, seductive grooves & sparkling syncopated rhythms. Kinshasa born NIWEL TSUMBU is renowned for his electrifying, soulful guitar, infusing the dazzling rhythms of the Congo with enthralling live improvisation. Known for his playing with the band, Altan, MARTIN TOURISH alternates the muscular style of Donegal traditional music with the subtleties & rich timbres of the piano accordion.

Having individually performed in many of the world’s most prestigious venues, Treelan have melded their kaleidoscope of Irish, jazz, African, contemporary & world sounds into one searing, spiritual and entrancing performance to finally bring the show to audiences across Ireland for one very special tour in June.  To celebrate the live ‘firework’ chemistry the band share on stage, Treelan will be recording each of the shows for a live album. They invite their audience to pack the venues & be part of the spark-filled energy of these special nights.

Their virtuosic repertoire of newly composed music reels its way through what they term ‘journey pieces’: each with its own story, sounds and colours. From the middle-eastern sounds of ‘Viaggio' to the chorale-like finale of ‘Errigal’ and the joyous ‘Viva la Vida’, in the melodic African language of lingala. The listener is invited into a series of worlds where layers of rhythms build and melody creates itself in spontaneous live improvisation.