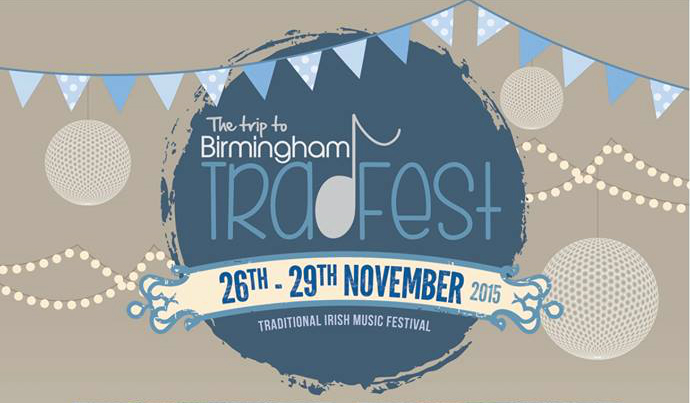 The Trip to Birmingham Tradfest takes place on 26th to 29th of November and this year it looks quite impressive. They have a great lineup of musicians, many of whom we have featured on the site throughout the year. We include a playlist that we have compiled from our Soundcloud tracks, featuring artists like Claire Egan who will be launching her new Turning Tides album, Bríd Harper, Breaking Trad and many more.

This year they also present a new award aimed at traditional Irish musicians in the UK and Ireland, aged 25 and under. Its called The Molloy Award in honour of Anne and Pat Molloy who made a major contribution to traditional music in the region. The award “strives to seek out new musical talent and award excellence and innovation within the idiom of Irish Traditional Music and Song and showcase it in Birmingham.”

5 acts have been invited to perform at the festival in a showcase concert on Saturday 28th November in the Ulster Suite, Irish Centre Birmingham. This showcase will start at 3.00pm.

The finalists are, Athrú, Meargánta, Élan, Obtuse and Out The Gap.

For more on this and other aspects of the festival visit www.birminghamtradfest.co.uk