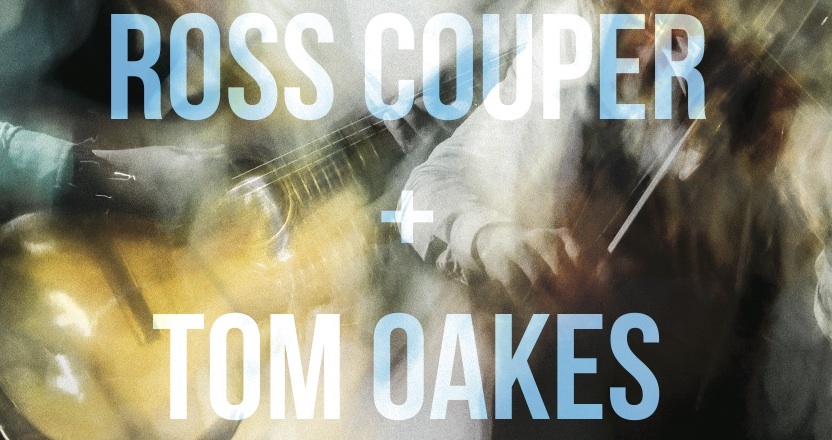 Ross Couper and Tom Oakes have been playing together for almost a decade and have just released their highly anticipated debut album called Fiddle & Guitar. The album adheres to their simple formula: two musicians, two instruments, and a powerful, compelling compendium of tunes they have honed over the years. There are no guests, no overdubs. In short, this is a fitting debut.

They say : “It’s as a listener would find them on stage: a blisteringly, high octane set on a high profile stage, where listeners cannot quite comprehend that it’s just two musicians in front of them.” The duo are deeply rooted in the traditions of Scotland and Ireland with a vital modernity that chronicles their many musical journeys so far. “Ross’ explosive fiddle playing lies at the heart the mighty Peatbog Faeries. Tom Oakes is a multi-award winning guitarist and flautist composer who was a founder member of the genre defying Auvo Quartet and now heads up his own Tom Oakes Experiment highlighting Oakes as a flautist and composer.”

The album was released on 12th May and you can find out more by visiting their website www.rossandtom.com