Visionaries and their Words Tour 2017 The critically acclaimed Show, Visionaries and their Words, continues its successful Irish tour in March and April 2017 in Dundalk, Dublin, Cork and Belfast. Created by traditional composer and “song archaeologist”, Lorcán Mac Mathúna, this Show is a new musical rendering of the words of Plunkett, Connolly, Ceannt and Pearse.

The tour coincides with the release of his new album Visionaries 1916, an album which was described as"startlingly original" by fROOTS, and “the unsurpassed album of last year and the best that Ireland has produced since Planxty” by New Folk Sounds.

The Show reveals the artistic brilliance and vision in the writings of four of the Leaders of the Easter Rising; Patrick Pearse, James Connolly, Eamonn Ceannt, and Joseph Plunkett. Lorcán Mac Mathúna, draws from their poetry to reflect the musical influence that touched on their lives, and reveals the extraordinary musical artists behind the revolutionary icons.

The first Show of 2017 was staged in Wexford and was described by the Wexford Echo as “a truly tantalising melange of music, songs and readings based on the writings of Pearse, Plunkett, Connolly and Ceannt and those texts proved not only how concerned they were about culture, art and education but they expressed their views with a vivacity and articulation rare in today’s political landscape”

A riveting show of origional and uplifting music, It will change the way you see the Leaders of 1916.

Tickets available for Visionaries and their Words at the following venues; 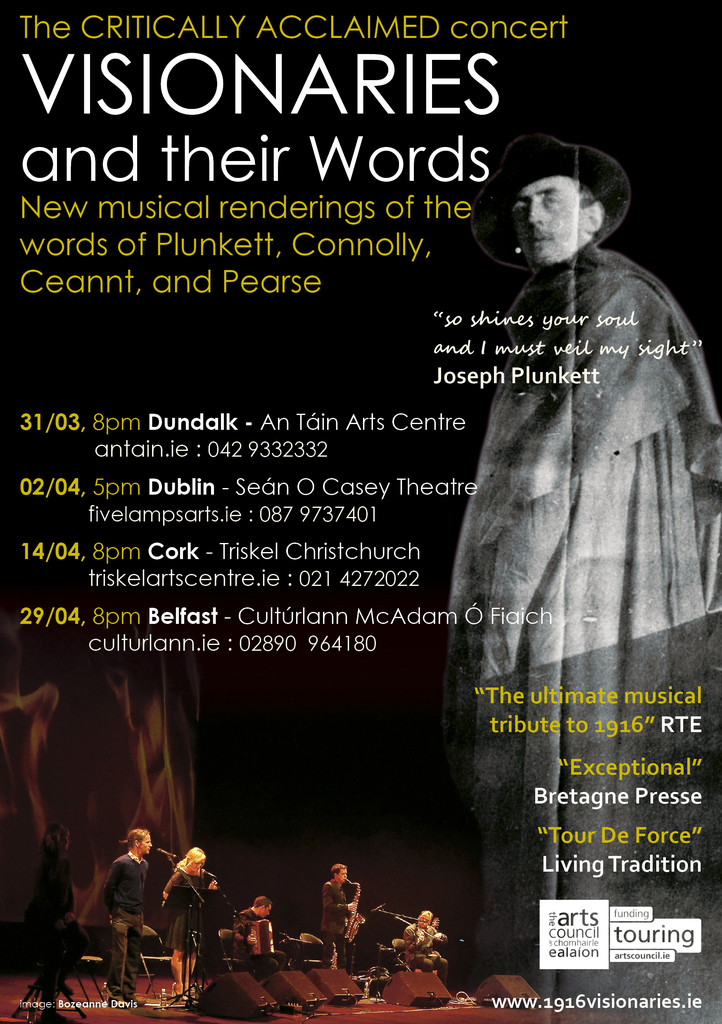