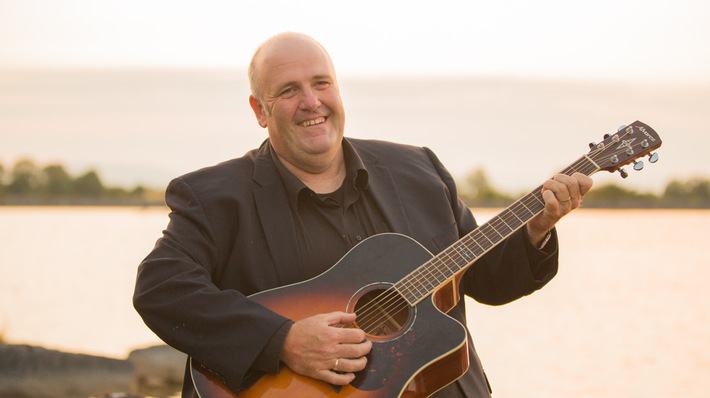 Don Stiffe’s latest album Longing for the Day is a showcase of the renowned Galway singer at the pinnacle of his career. Covering themes of reconciliation, truth, compassion, love and loss, this recording is an important and remarkable musical achievement.

With accompaniment by Frankie Gavin, Nollaig Casey, Joanie Madden, Frank Kilkelly and Mick Kinsella, it was produced by John Faulkner. The material is uniquely Irish, in mood and setting, but with universal appeal. Don Stiffe, with ‘a voice of rare expression and distinctive timbre,’ (Irish Examiner), has played and recorded with the best, among them, Sharon Shannon, Dolores Keane, Maura O’Connell, the Kilfenora Céili band, Marcus Hernon, Lunasa and Cherish the Ladies. He was awarded Vocal Cut of the Year and Song of the Year by Live Ireland.

This is track 4 from the album.

He became a household name with his stellar performances on The All Ireland Talent show 2011, which attracted live audiences of 800,000. Joanie Madden of Cherish the Ladies introduced him as ‘one of the best singers that Ireland has produced in years.’ Longing for the Day will resonate with musical and singing communities far and wide. Don Stiffe puts his own impressive stamp on songs written by Pete O’Hanlon, John Faulkner and Jimmy McCarthy, the musicianship and arrangements are top notch.

His own compositions are vital and compelling. You’ll always be my Mother, is a loving tribute to the woman who reared him after he was adopted from Sean Ross Abbey in Roscrea, Co. Tipperary. The song becomes a tribute to all adoptive parents. Don shares with generosity the story of his own emotional journey, discovering his birth mother too late, finding siblings and beginning a new chapter in his life.

The album can be purchased from www.donstiffe.com and can be downloaded here.

If you are a radio broadcaster you can download a free digital copy from our Download Centre.