Web Watch : Spotify Payments Fracas, Why Public WiFi is a Health Hazard, How Teens Listen to Music, The Fleadh, The artists are ignorant and Spotify is clueless.

I feel like I have to be the lone voice in the wilderness, the correction factor, to all the b.s. strewn by the artist community, because Spotify has no cojones and sent in the B team as opposed to Daniel Ek.

Why Public WiFi is a Health Hazard

Maybe Better If You Don’t Read This Story on Public WiFi.  We took a hacker to a café and, in 20 minutes, he knew where everyone else was born, what schools they attended, and the last five things they googled.

In his backpack, Wouter Slotboom, 34, carries around a small black device, slightly larger than a pack of cigarettes, with an antenna on it. I meet Wouter by chance at a random cafe in the center of Amsterdam. It is a sunny day and almost all the tables are occupied. Some people talk, others are working on their laptops or playing with their smartphones.

No One Knows How Teens Listen to Music

Remember Apple's iPod silhouette ads? The psychedelic TV spots where people would dance hyperactively with an MP3 player in their hand and headphones in their ears?

Talk about a throwback; those ads stopped running during the Bush administration. But according to a survey released this week by researchers at investment bank Piper Jaffray, that's what most teens are like these days.

No, not the frenetic dancing part. The MP3-players-attached-to-their-hips part.

After surveying a national group of 7,200 teens, analysts at the research arm of Piper Jaffray discovered that teens like listening to music the 2000-and-late way, through downloaded music onto iTunes libraries or MP3 players:

I had good intentions. I picked up my Fleadh 2014 brochure, selected a dancing competition, a film, a concert, a museum. Out on the street, Sligo was heaving. This was only my second visit to Ireland’s national folk music pageant — and my first to Sligo town. So much to see and do.

Just about all of the announcements from Thursday’s Apple event leaked out in advance, and the event felt somewhat subdued compared to last month’s iPhone 6 announcement. A phone call with Stephen Colbert and a torrent of dad jokes livened the mood somewhat, but the bulk of the event focused on hardware. Just in time for the holidays, here come the iPad Air 2, the iPad Mini 3, and a gorgeous new iMac with a Retina display. On the software side of things, OS X Yosemite arrives today as a free update, and iOS 8.1 — which will enable Apple Pay on the iPhone 6 and 6+ — is coming Monday. 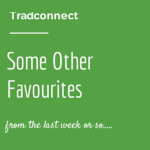