The Story of TradConnect

Problems present opportunities. In placing an ad to find a musician for a Dublin session, it became clear that there are a lot of players out there looking to connect with others.

People want to share their experiences, talk about their music, talk about the difficulties of learning, no matter what level they are at. They want encouragement, something to drive them on, to help them improve. Irish musicians are in the hundreds of thousands and Irish music is spread across many social forums, websites, groups etc. However when you dig a bit deeper you will find that there is no one home that brings people together either on line, or more importantly off line. Across the world it's the same. In every city, state or county there are numerous groups and organisations, all providing a fantastic service. However many work independently and are not connected. This "connection" is at the heart of TradConnect.

The idea of finding a way to connect all these people together started to take root. How could you get people to talk, interact and share their experiences in an online forum, while at the same time getting them to connect more locally with people in their area? It would be a major challenge and would require thousands to share that vision. Forums such as YouTube and Facebook have a wealth of information and music but don’t really provide the “connection” that is so important. They also don't bring you closer to the people involved. Building a site would require people to come to it with the sole intention of sharing, talking about their music and interacting. In that way people would get to know each other online first, and from that connections may start to take place offline. 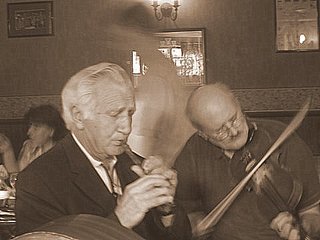 Designing a site that has sufficient flexibility became the next challenge. It would need to be able to adapt to members requirements as time progressed. The starting point is never the destination and so TradConnect would need to slowly evolve over time. This process took several months and with the concept set, the design of the site itself happened over the course of about five weeks.

It was launched very quietly in April 2011. It started with a few local musicians and a campaign on Twitter. Would it work? Are there people that share the same vision?

The answer it appears is yes. The success over the first few months has been astounding, with well in excess of 1,000 members. The feedback is fantastic. In four months I know more musicians than I did in all my years practicing and playing. And whats more I feel like I have known them all my life. And the best part is we haven’t started the real process of connecting people yet.

Where can we take this to? Well that is up to the members. The site has only just begun and over time will develop and adapt to meet the members requirements. With your feedback and support in getting the word out there, great things can be achieved.

Stick with us and help us on this journey