What to expect from Four Winds on their debut album 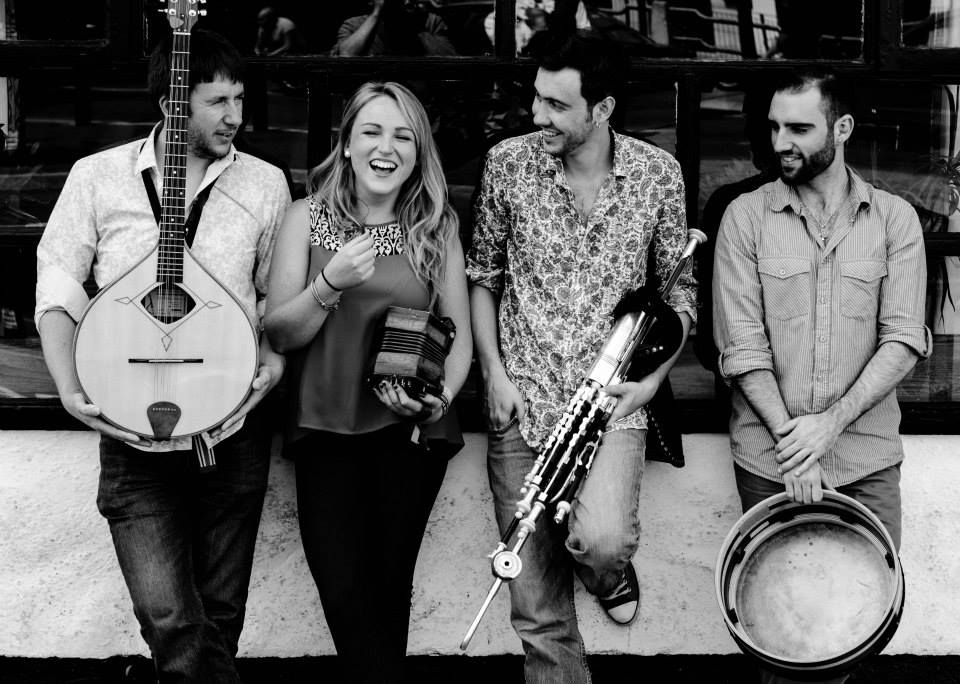 As part of the buildup to the release of their new album, Four Winds have released a new video that gives some flavour of what to expect from these new kids on the block. It displays a energetic band that are not short on passion and the video includes the tunes The Flags Of Dublin/Ger Quigley's/Franks Favourite.

Four Winds comprise Caroline Keane on concertina, Daoiri Farrell on Bouzouki, Robbie Walsh on bodhrán and percussion and Tom Delany on uilleann pipes and whistles. They are presently holed up in the studio of Tony O' Flaherty ( Sonas) in Kerry finishing off the recording.

They started the process earlier in the year and when we spoke to Tom Delany he confirmed that they "have almost all the tracks together and have one last day in the studio to record the final 2 tracks of the album. We have also got a few guests who are working separately, to add a few bits on some of the tracks that were finished earlier.  Having said that there is still is a good bit to do… final touches, art work, write ups…so enough to keep us busy".

Like a lot of the recordings coming through our doors these days, the album is self funded, which adds to the the overall programme.
a
"We’re learning as we go along" Tom says. "It’s been very educational and I personally think that we have really matured as a band and as musicians.  Before this recording we didn’t really understand the scale of the work involved.  We have learned a lot and now we have a much better insight into the whole process.  The next one will be so much easier" he jokes. "So yeah, it’s a bit tough to put the funds together.  We save the few bob that we get at our gigs".
a On the scale of rehearsals involved they say that "The fact that the four of us live far apart makes it tricky to rehearse and we found that the best way to put stuff together is to do a full day playing material, whenever we can meet up.
a
Ideally we would like to meet up on a very regular basis for a certain amount of hours a week but in practice it’s not feasible so we travel and meet up for 3 or 4 days at a time and power practice as much as we can."
a
"The good thing is that musically we are very much in the same frame of mind. The music we play is very energetic and we communicate well together.  We have all been playing together for years in different combinations, so once we put the heads down it really works. There is a strong mutual respect between the individual members, not just for each others music, but also the various personalities.  We take great pride in saying that we’re in a band with some our favorite musicians.
a
With regard to a release date Tom says "We’re almost there so hopefully by the end of this year it’ll be out.  You can keep an eye on our Facebook and also on YouTube and Soundcloud where we will posting more tracks and videos soon.

how can we get the album here in Canada?