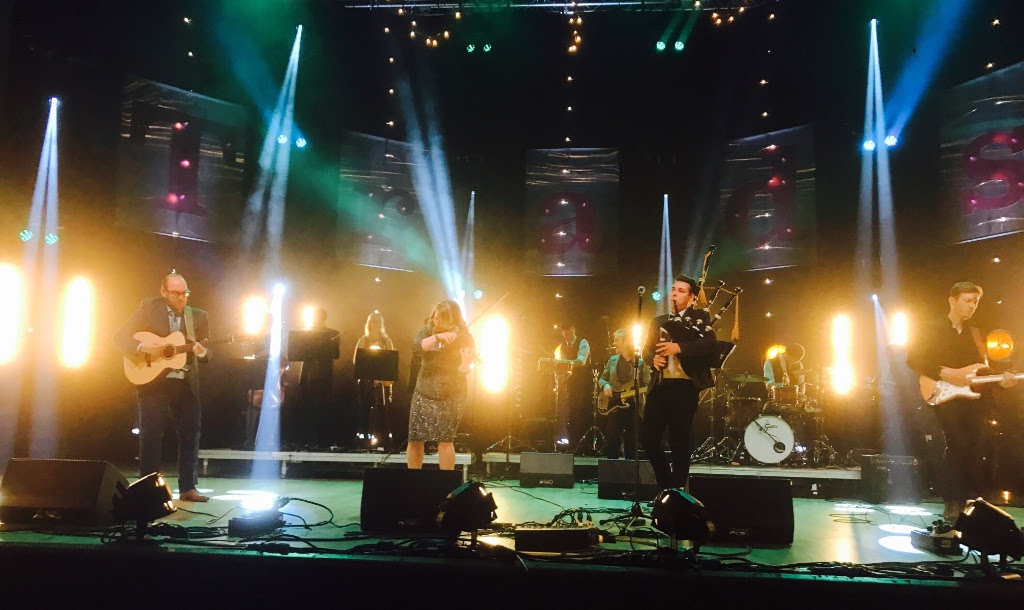 The big winner was Breabach, who won both ‘Album of the Year’ and ‘Folk Band of the Year’. Other winners included Ellen MacDonald, who “beat off tough competition from Callum Ross, Joy Dunlop and Kaela Rowan to clinch the Gaelic Singer of the Year award.”

Simon Thoumire, Event Founder and Hands Up for Trad Creative Director, said: “Tonight was, once again, a celebration of the best traditional music talent in and around Scotland. I want to say a huge thank you to everyone who voted and congratulations to all involved in tonight’s ceremony. Tonight showed it’s an exciting time for the Scottish traditional music scene, with a wealth of artists and performers, old and new, being honoured this evening.

“We would also like to thank the Caird Hall for being such fantastic hosts, Dundee City Council for their overwhelming support over the past two years and MG ALBA for their ongoing contribution to the awards and allowing the whole world to tune in and experience the evening with us – we can’t thank you enough for your continued support.

“The exciting news for 2017, we’re delighted to announce that the 2017 Scots Trad Music Awards will be hosted by Paisley, currently bidding for the UK City of Culture title in 2021, home of The Spree, and the birth place of some of Scotland’s finest musical talent.”

Iseabail Mactaggart, MG ALBA’s Director of Strategy and Partnership, said: “Tonight’s winners demonstrate the extraordinary richness of the Scottish Trad scene, and we are proud at MG ALBA to enable that to be celebrated, and through BBC ALBA for this talent to be showcased here in Scotland and across the world.”

The winners on the night were

Album of the Year – Astar by Breabach

Composer of the Year – Kris Drever

Instrumentalist of the Year – Rachel Newton

Live Act of the Year – Skerryvore

Folk Band of the Year – Breabach

Up and Coming Artist of the Year – Ryan Young

Venue of the Year – The Glad Café, Glasgow