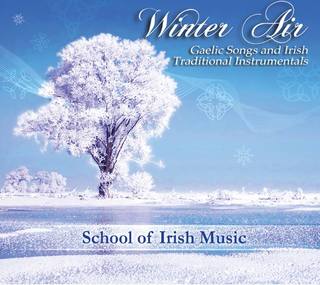 One of our goals on Tradconnect is the establishment of a trad community that are able to connect with each other and support each other with some of the marvelous work that is been done at community level.  While we write about all the latest happenings and sounds from our top musicians we also like to get behind smaller projects that support our grassroots members.  The work being carried out by Tim Kennedy and his team at the North Texas School of Irish Music is a supreme example of what can be achieved.  When we spoke to him recently he confirmed the progress that they have been making.

He said that "things have grown far quicker than we suspected. We are up to 4 schools across all of Texas now with over 100 kids. We started a Gaelic chorus this year as well so we have a choral group that sings solo pieces and as a chorus in 4 part harmonies. It has been astonishing how well families are taking to the youth band/chorus concept. Growing without imploding is our goal now." On collaborative work  they are "working with the CCE and are having the kids all write the SCT exams this upcoming year. Its been a very helpful resource."

He confirmed that they want to take about 20 kids to Ireland next summer and so they decided to record a CD featuring their senior kids in the school with the teachers backing them as a fund raising project. They also included a couple of group band tunes with all the kids in the school involved.

He explained that "The CD is called "Winter Air" (funny for a Texas group, I know) and features Gaelic singing, slower airs and instrumentals. Fiddler James Kelly was our music director and he even laid down a few tracks. The CD releases this week. While the whole album is very professional and delightful, there are a few tracks that I think are just breathtaking."

Winter Air features youth instrumentalists and vocalists from the school, age 9-18 along with their teachers providing backup instrumentals and vocals.  It was created as a way to help raise funds to take kids from the school to Ireland in summer 2014 to help them learn about Irish culture and history, and get music instruction first hand from those who created it.

"The CD features 12 solos/small ensemble pieces from our advanced vocalists and instrumental performers backed up by school instructors. A few songs even feature world renowned Irish fiddler, James Kelly. There are also 2 tunes featuring the entire Irish Youth Band. The CD is called Winter Air and it reflects slower music like Gaelic airs, slower jigs and hornpipes, along with some faster Irish dance tunes all revolving around the winter season.  What started out as a project to record a few tunes turned into what was a life changing experience for so many involved. The kids on the CD got really excited and focused on this. They spent hundreds of hours practicing and in every case, took their musicianship to a much higher level, and in many cases, even astonished themselves at what they could do.  Most of all they changed... from students ... to musicians. For so many, it dawned on them why practice is so important, and what their own persistence could do. The smiles on their faces after they heard the result, the determination they showed, and their own drive to produce the best they possibly could was one of the most heartwarming things I have personally experienced. In the most wonderful of ways, it changed their lives, and many of the adults who helped them."

We had a listen and it sounds great and affords our members here on Tradconnect the opportunity to support their fundraising.  Again its not a charity.  You get a quality CD that may inspire you and your schools/groups to follow in their lead.

This album is now available from their website http://www.schoolofirishmusic.org/WinterAir.aspx

If you have a similar project under way and would like to make our members aware of it just write to us.  Here are our contact details.