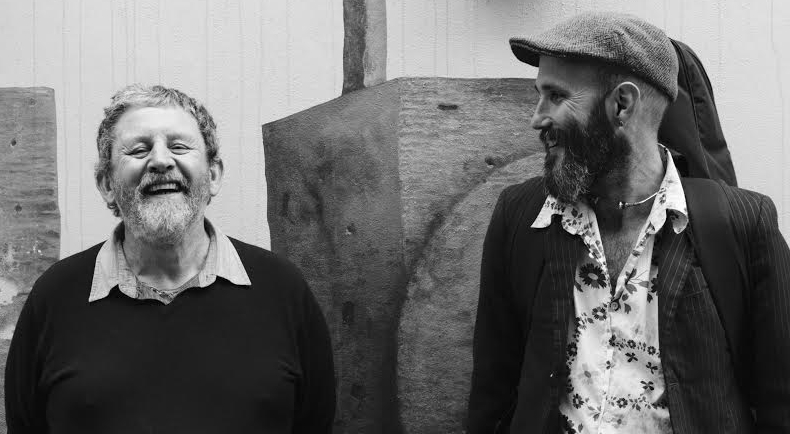 AnTara (which means 'the space between' in Sanskrit) explores the spaces in-between the traditions of Irish and Indian Classical music. The project features legendary Irish percussionist, Tommy Hayes (Stockton's Wing, Riverdance, Puck Fair) and Australian born Matthew 'Mattu' Noone (The Bahh Band, Martin Hayes & Dennis Cahill) who has recently begun to make a name for himself performing Irish traditional music on the 25 stringed North Indian lute called, sarode. The album also features guest artist Niamh O'Brien on harp and voice, and was recorded by Brendan O'Regan and mixed and mastered by Jack Talty (Ensemble Eriu).

AnTara was formed when Matthew and Tommy met as neighbours in East Clare and soon discovered a musical sympathy. Matthew was also awarded funds from Music Network Ireland to design and purchase a hybrid sarode, particularly for collaborations within the Irish music tradition, which has been featured on this album. The music draws upon the slow lyrical style of East Clare music, Indian styled improvisation, and a plethora of percussion and experimental acoustic loops.

In advance of this launch we spoke to Matthew about the album, and started by asking him about the need to design a new sarode, capable of more easily exploring the crossover between Irish and Indian music. His specially commissioned sarode was made in Kolkata by Naba Kumar Kanji, an ‘exceptional’ craftsman in his view. He explains that it’s in an open tuning, in the Key of D (D,A,D, G) whereas a traditional sarode is in the key of C (eg C, G, C, F).

“I tried at first to play Irish music on my "C" sarode but was very limited in the tunes I could play and also in my ability to play with other musicians” he said.  “Indian classical music doesn't use key changes so the instruments are not technically designed for that.  Furthermore, the long neck length made playing faster and more complex tunes very difficult.  With my new sarode, I can move between a few keys, and the neck is shorter which allows more freedom of movement around the scale.  In fact, I physically approach it in quite a different way to the way I would play Indian Classical music.”

The music on the album really opens up a wide vista of sound and imagination, and in many ways reminded us of the work of Ry Cooder, which we mentioned to Matthew. Cooder it turns out is one of his favourite musicians and was his first introduction to Indian music with a collaboration he did with an Indian slide guitarist called V.M. Bhatt. “He is a very sensitive musician and I really appreciate the way he always respects the traditions with which he experiments. I would like to think that I show a similar kind of respect towards the landscape of Irish traditional music.

This is track 2 from the album called "I have a house of my own with a chimney built on top of it". The musicians describe this as "a wonderful tune by Junior Crehan.  It has this timeless quality, which makes it hard to stop playing.  We are joined by Niamh O' Brien on harp and voice for this track which also features her and Tommy lilting."

“For me, the beauty of Irish music is in its melodies.  Irish traditional melodies are some of the most beautiful pieces of music I have ever heard.  The tune has to be respected.  You can improvise away from the melody, but it's presence still has to be there.  Likewise, I think respect for the elders of the tradition is important.  I try to honour the wonderful musicians who have brought these melodies to life. Musicians such as Junior Crehan, Paddy Fahy, Martin Rochford, Tony Mac Mahon, Willie Clancy and Peadar Ó Riada. I consider them great teachers, and I try to honour their musical aesthetic and lineage in my own way.”

Matthew says that he finds a great sympathy in approach and aesthetic between some of the older fiddle and piping styles of Ireland and some of the moods of Indian Classical music. “While technically they are very different, in a philosophic outlook, and a belief in the power of music to move the soul, I believe Irish melodies and Indian raga share a similar affective purpose.” 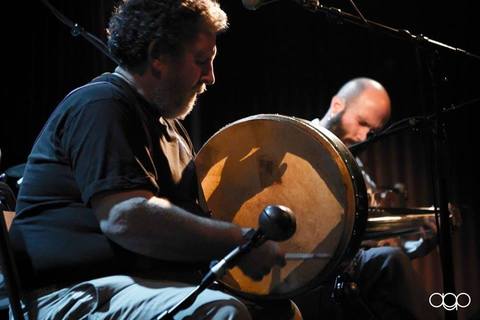 He says that “fiddle players such as as Junior Crehan and Paddy Fahy had such wonderful fluid notions of the microcosm of a note, and used every device at their hand to bend and stretch the tunes to move their listeners either physically or emotionally.  Indian Classical music values the same process, but in a much more systematic and detailed framework.  I'm interested in how Irish melodies, using both Irish and Indian improvisation techniques, can be explored in creating sonic wholes which move the listener and myself.”

“Tommy's accompaniment is vital in this project as he creates a space between the rigidity of traditional rhythm, and the lack of groove in Indian Classical music.  He approaches each melody, regardless of where it comes from, with fresh ears and asks what the tune needs to breathe.  His own sonic template is so broad and varied that we can create different textures for melodies which lead us into new unplanned territory for improvising.”

The album is now on sale and Matthew and Tommy will be playing a number of intimate gigs around the country. “We like playing intimate, acoustically if possible” he says. “It suits the music and also creates a great listening atmosphere. To that end, we have a short run of small acoustic album launch gigs in cafes in Co. Clare and Galway on Oct 16th, 17th and 18th (details below) and then we have two bigger gigs in Dublin in the Bello Bar on Nov 5th, and the Crane Bar in Galway on Nov 6th.  We will be joined by harp player Niamh O'Brien, who features as a guest on the album, in Galway.  I am also particularly excited to play the Crane as it is run by Mick Crehan, who is a nephew of the great Junior Crehan.  Mick has told me he is going to invite some of the Crehan tribe down as we play quite a few of Junior's tunes.  That will be quite an interesting one!  We also have a house concert album launch planned in East Clare for Nov 7th in Glendree which is the home of East Clare fiddle music.

This album was recorded live in one room with minimal overdubs.  www.antara.ie