Slow Moving Clouds are a Dublin-based band who draw inspiration from Irish and Nordic music traditions. The members are Aki (nyckelharpa, vocals), Danny Diamond (fiddle) and Kevin Murphy (cello). Their music is based around “deconstructing and reworking traditional melodies into dramatic new string arrangements, played on the unique and darkly atmospheric combination of cello, fiddle and nyckelharpa.” Os, is their debut album and features traditional and original music, ranging from lush cinematic soundscapes through manic angular dance tunes to stately Finnish-language songs. 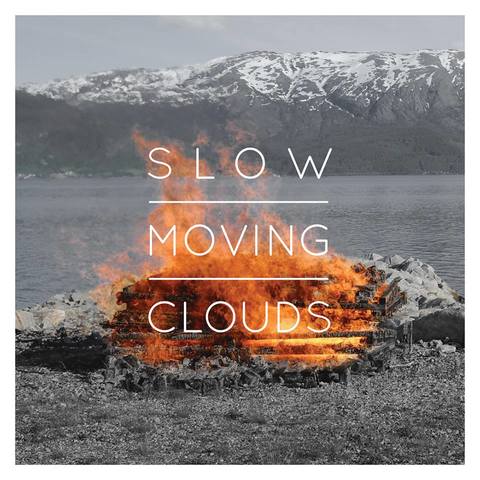 Danny and Aki met in 2009 with the idea of trying to put together a duo project that looked at the common ground between Irish and old-time American music. The idea was to play tunes from the Irish and American old-time traditions on open-tuned fiddle and accordion, with accompaniment from the accordion basses combining with fiddle drones & chords to give a unique and very full sound. This idea evolved and opened up to also include Nordic music. Although Aki is from Finland he hadn't previously explored Finnish or other Nordic folk music in much detail (despite playing everything from rock to pop to experimental music, to Irish traditional across a huge range of instruments). “We tried some Swedish and Finnish tunes and they seemed like a good fit, a natural extension from the Irish and American material we were already playing.” said Danny.

“We ended up making an album Danny & Aki - Music from the Irish, American and Nordic Traditions in 2012. After the album Aki transferred from accordion to nyckelharpa (a striking mediaeval string instrument, national folk instrument of Sweden) which brought our sound further in the Nordic direction. We decided to focus on Irish/Nordic sounds, which were capturing our imagination more than the old-time American material.”

They were funded by the Arts Council to travel to Finland and learn repertoire and techniques from leading Finnish folk musicians, which proved to be an inspirational and very useful trip, according to Danny. “After coming home we arranged the new Finnish material along with some Irish material and performed a December 2013 showcase gig in Dublin, where we were joined by Kevin Murphy guesting on cello.” Aki had already been working with Kevin for a while, playing gigs with his experimental band Seti the First who had recently released their debut album.

“In our efforts to find common ground between Irish and Finnish music, myself and Aki had discovered that slower Irish pieces worked much better than dance music. Kevin's instinct for arrangement, along with the deeper sonic ground covered by the cello, gave us a full sound and imbued even slow pieces with a sense of drama and atmosphere. It was clear to all three of us that working together held a lot of potential. We expanded into a trio and had our first rehearsal just a few weeks later in January 2014.”

This is track 3 from the album called Devil’s Polska

Taking a non-standard approach was central to the efforts to successfully combine the Irish and Finnish music traditions, which Danny says have a lot more differences than similarities.

“To effectively combine the two we had to come up with an approach and way of playing which was independent of both traditions and then treat the material in that 'third way'. Irish music tends to often focus on the performer's interpretation of traditional material, what the individual does with a tune. In the Finnish tradition the melodies, phrasing and ornamentation are very defined, taught generally through formal classical-based folk music education system. We didn't buy into either of these very different mindsets, instead we took an approach that focused on arrangement, structure and atmosphere. Our way of working is (despite the difference in material and instrumentation) closer to a pop/rock band than anything else, writing intros, bridges, outros and defined parts for each instrument to play. We would also be heavily influenced by minimalist & experimental music (Arvo Part, Steve Reich, Gavin Bryars, etc).” “We thought a lot and tried different approaches to the material before settling on this approach. We were very conscious that the results would have to make musical sense and not end up an awkward or superficial exercise in cultural fusion. We're quite happy with the results of the recording, which has achieved the result of not sounding directly like either Irish or Finnish music but like something completely new, albeit with both traditions still audible as important influences.”

“We're very happy with the response so far to the new album, especially glad to see it already having an impact outside the folk/traditional scene. We're already working on new material for a follow-up album, which will include more of our own compositions along with more extreme re-imaginings of traditional material.

The album is now available from slowmovingclouds.com and can be downloaded from CDBaby by clicking on the link below.

Recorded and mixed by Stephen Shannon at Experimental Audio, Dublin